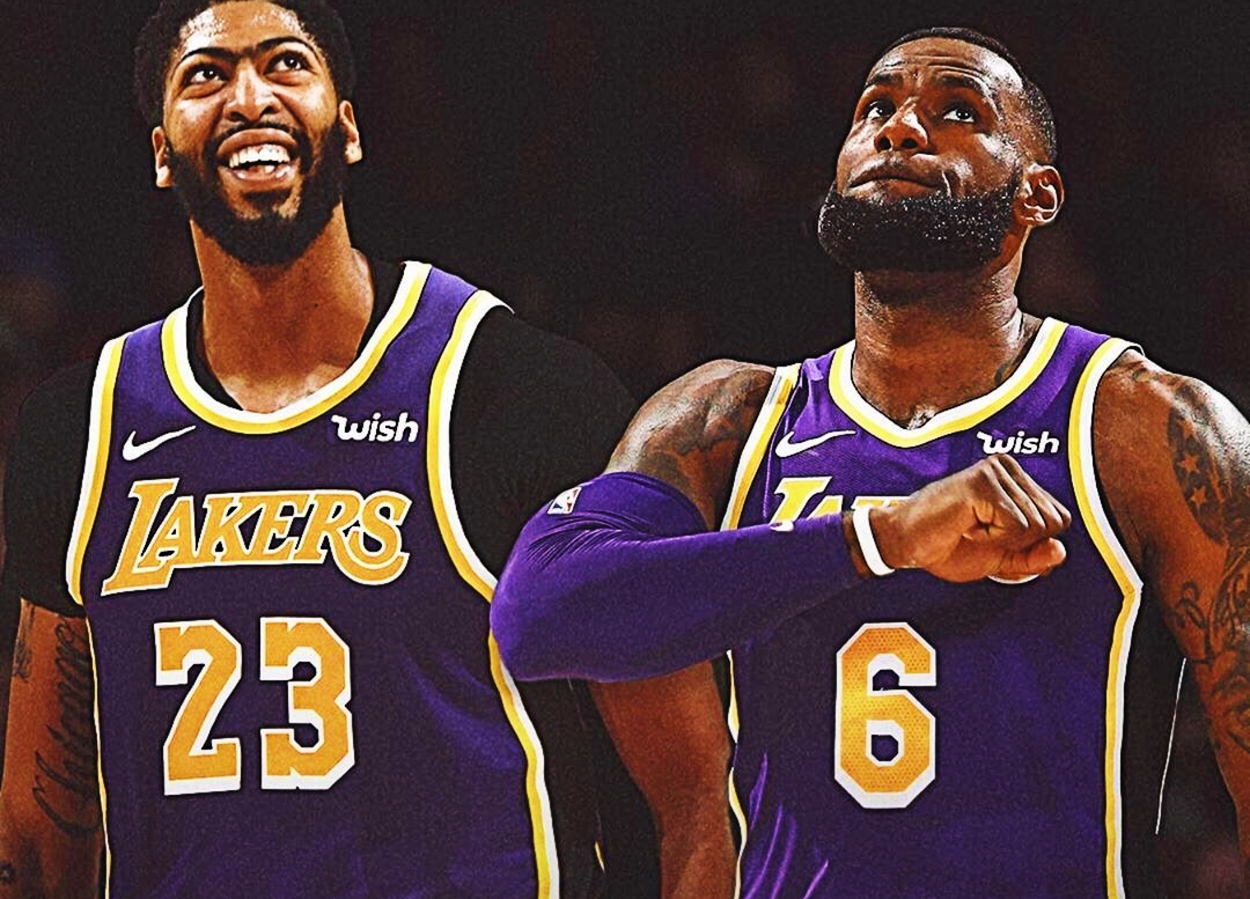 With Rajon Rondo suffering a ‘significant hand injury,’ the Los Angeles Lakers have now lost both their starting and backup point guards as their quest for a 17th championship starts as the season resumes in Orlando.

While many NBA pundits view the loss of starting point guard Avery Bradley and backup Rajon Rondo as devastating the Lakers’ championship hopes, the losses could end up making the Lakers an even more dangerous team. While the Lakers might woe losing Bradley and Rondo, more playing time for Kentavious Caldwell-Pope, Alex Caruso, and wildcard guards Dion Waiters and JR Smith could end up changing and benefiting the Lakers.

To start with, the Lakers are a team built around superstars LeBron James and Anthony Davis. While Bradley and Rondo have been key contributor to the team’s success, neither was or is irreplaceable in Frank Vogel’s lineups. The Lakers’ actual point guard and primary playmaker has always been LeBron James, who averages a league leading 10.6 assists per game and can be expected as usual to play at least 40 minutes per game in the playoffs.

Two things immediately jump out when you study this chart. The first is none of the five remaining players on the Lakers’ roster has the playmaking skills to replace Rondo as the backup point when LeBron’s not on the floor. The second is Kentavious Caldwell-Pope is likely to be the guard who takes over Avery Bradley’s starting role and minutes. In fact, when Bradley was injured earlier in the season, the Lakers went 17–3 with KCP starting.

Fortunately for the Lakers, they made a couple of prescient moves while play was suspended to upgrade their roster. First, they waived Troy Daniels and signed free agent shooting guard Dion Waiters as his replacement. Waiters was added to the roster due to his ability to create shots for himself and for teammates. While he only played 14 minutes this season, Waiters’ averaged 12.0 points and 2.8 assists last season for the Miami Heat.

Waiters’ threat as both a shot creator and playmaker make him the obvious top prospect to take over Rondo’s backup point guard role. Expect the Lakers to give him a shot in the 8 seeding games to show he can do the job. Should he not be up to the challenge, the Lakers will likely spread Rondo’s backup point guard minutes between Alex Caruso and Quinn Cook. While neither is a playmaker, Caruso adds elite defense and Cook elite shooting.

Finally, lurking in the background are 19-year old rookie Talen Horton-Tucker and veteran sharp shooter JR Smith. Much like the veteran Waiters, Horton-Tucker has shotmaking and playmaking skills but is totally untested. Much like Quinn Cook, JR Smith brings elite 3-point shooting to the table as well as championship experience playing with LeBron James. He’s not a playmaker or defender but his clutch shooting could be a valuable weapon.

While the loss of Bradley and Rondo will hurt the Lakers’ depth at guard, starting KCP and replacing Rondo with Waiters could change the team’s dynamic by improving its offensive firepower and three-point shooting. LeBron’s championship formula has always been to be surrounded by elite shooting. KCP led the team shooting 39.4% from deep vs. Bradley’s 36.4% and Waiters shot 37.7% last season compared to Rondo’s 32.8%.

They say you can never have enough shooting. Replacing Bradley and Rondo with KCP and Waiters plus JR Smith could make the Lakers a more dangerous team and ultimately help them win their 17th championship.