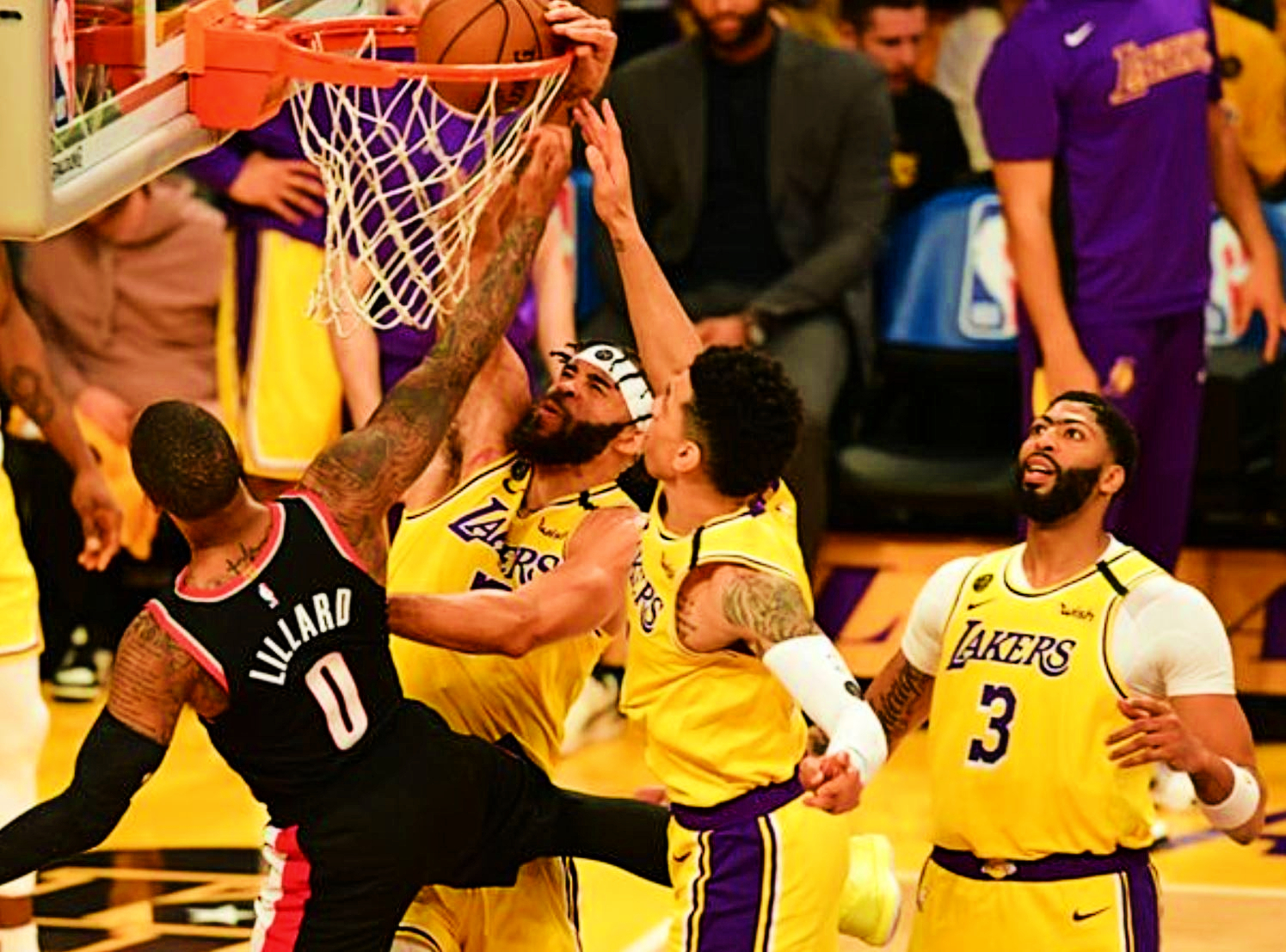 It’s no secret the Portland Trail Blazers long-shot hopes to upset the Los Angeles Lakers in the first round of the NBA playoffs that start tomorrow night in Orlando depend mainly on Damian Lillard going off offensively.

It thus follows that the best way for the favored Lakers to make sure the underdog Blazers cannot pull off an unlikely upset is to figure out how to slow Lillard down to keep him from going off and dominating the game. While there are obvious moves teams have deployed in the past to control Dame, such as double teaming him and forcing him to give up the ball, here are three surprise moves the Lakers could make to slow him down:

1. Wear Him Out on Defense.

While Lillard is an elite offensive talent, he’s nowhere as impactful on the defensive end. In fact, his 114.3 defensive rating for the 2019-20 season ranks 14th on the Blazers for players who played over 10 minutes per game. Focusing on his offense even more in the bubble, Dame’s defensive rating soared to 121.7. The result of his poor defensive performances left him with net ratings of just 1.4 for the regular season and 2.2 for the bubble.

The Lakers should deploy the strategy they used to defuse the Clippers’ Lou Williams and relentlessly hunt switches to force Damian Lillard to defend LeBron James on every possession to tire and wear him out defensively.

2. Have His Defender Leak Out.

This is another tactic designed to hurt Lillard’s offense by forcing him to focus on defense by having the Lakers’ defender who is guarding him leak out as soon as Dame shoots to try to cherry pick an easy fast break basket. This not only can break Lillard’s concentration on offense but also make him less eager to beat his man and penetrate because he knows his initial defender is going to be leaking out looking a long pass in transition.

This strategy creates pressure on Lillard not only to make his shot but also to get back quickly whether the shot ends up falling or not and plays right into the Lakers’ game plan of beating teams down the court for easy buckets.

3. Defend Him with Size and Length.

While Damian Lillard is a prodigious offensive talent, he is still only 6′ 2″ tall, which makes him a small guard by NBA standards, which means he can be bothered and forced to adjust his shot by taller and longer defenders. Fortunately, the Lakers have three players who have elite defensive ability, are over 6′ 8″ in height, and have over 7′ 0″ in length in Kyle Kuzma, LeBron James, and Anthony Davis to make it difficult for Dame to get his shot off.

The Lakers will probably use Kuzma early as part of a wave of different defenders who will try and slow Lillard down but, if the game is still close heading down the stretch, look for James or Davis to defend Dame.

Dame averaged 36.0 points, 6.0 rebounds, and 9.0 assists in 40.0 minutes while shooting 50.8% from the field and 39.4% from deep with one win and two losses in three games against the Los Angeles Lakers this season. The Lakers’ goal should be to hold Lillard under 30 points per game and McCollum under 20 points per game. If they do that, there’s a good chance the Lakers will sweep the Blazers in the first round or win in five games.

The Blazers will try to turn this series into a shootout as that is their only chance to pull off an upset. The Lakers know this and understand defense is their advantage and will focus on making sure they contain Lillard.