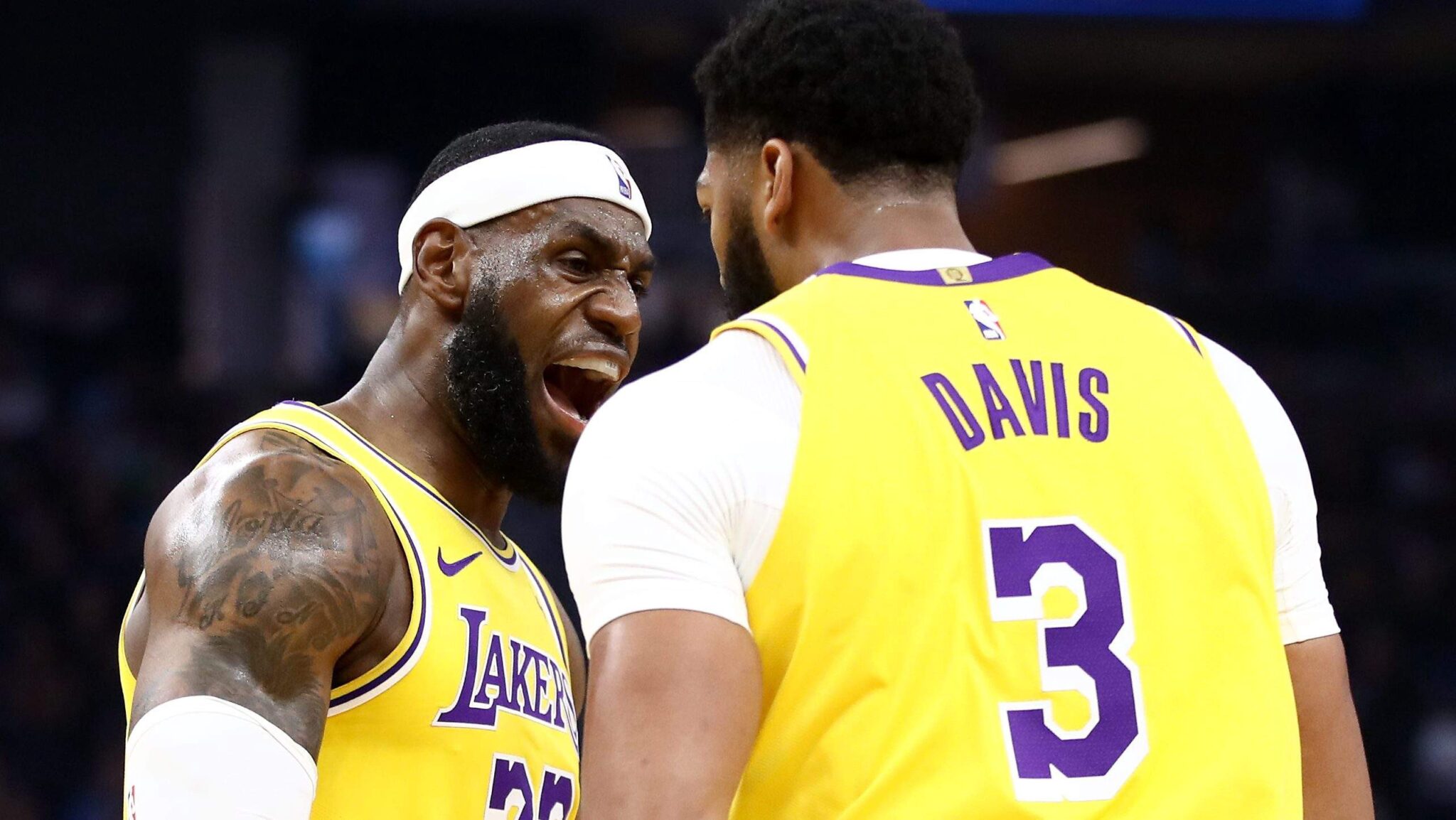 I’ve always believed, if you look hard enough, you can find silver linings in every cloud. Even though the coronavirus pandemic hanging over our world has put that philosophy to its ultimate test, I still believe in silver linings.

Sometimes it takes great tragedy to inspire great change. That’s a theme we’ve seen repeated throughout history, great depressions generating new economic resurgences, deadly world wars leading to long periods of peace. Out of the ashes of this pandemic, I’m hopeful a national political and social renaissance will unite our country to embrace universal healthcare, create prosperity with a new green deal, and inspire us to build a better America.

Even though the suspension of the NBA season threatens to rob the Lakers of a chance to win their seventeenth championship, I still believe there are silver linings to be found in the dark clouds of this coronavirus pandemic. With that in mind, let’s take a closer look at a couple potential silver linings we might be able to find in the storm clouds the coronavirus suspension has cast over the Los Angeles Lakers’ current as well as future seasons.

Silver Lining 1: Lakers could have better chance to win championship.

While the Lakers appeared to be the favorites to win the NBA championship before the NBA suspended the season, chances are looking good the season will resume and the Lakers could be in an even better position to win it all.

To start with, the recent success shelter-in-place and social distancing have had in controlling the growth of the coronavirus pandemic has dramatically improved odds the NBA will resume rather than cancel the 2019–20 season. Right now, that’s all the Los Angeles Lakers want, a chance to continue their great season and win their seventeenth NBA championship. They were the best team before the suspension and could even be better after the layoff.

The key to the Lakers’ championship hopes is the health of their superstars, especially 35-year old LeBron James who, because of his age and mileage, could clearly benefit from a brief two to three month midseason vacation. No player in the NBA who takes better care of or makes a bigger investment in his body than LeBron James. And unlike most NBA players, he has the dedicated training staff and personal gym to remain in prime game shape.

While LeBron James has missed only three games this season, the Lakers’ other superstar Anthony Davis has missed eight games with a host of minor injuries and dings endured during the sixty-three games the Lakers played. Like James, Davis is one of the few NBA players who has a full-time personal trainer and a full court gym in his home so he can work on his game rather than just conditioning like most players who don’t have access to a gym.

The playoffs are a tough second season that could last twenty-eight games. Going into the playoffs with a healthy and rested James and Davis could be a huge difference maker that could give the Lakers a dominant advantage. While the Lakers were playing at their peak before the suspension, James and Davis could be an even more formidable superstar duo after getting a couple of months rest before embarking on the grueling playoff schedule.

Then there’s the rest of the Lakers’ veteran roster, many of whom are also nursing or trying to recover from nagging injuries, including Avery Bradley, Danny Green, Kyle Kuzma, Rajon Rondo, JaVale McGee, and Alex Caruso. Having them healthy and rested could be the key to the Lakers’ playoff run. Just as important could be giving recently signed free agent Dion Waiters time to get in game shape to be the Lakers’ wild card once play resumes.

While the last thing the Lakers would have wanted was a delay right after dominating the Bucks and Clippers, the opportunity to get everybody fully healthy and rested could improve their chances of winning a championship.

Silver Lining 2: Lakers’ long-term prospects could be even better.

The likely changes facing the NBA as a result of the coronavirus pandemic could actually improve the Lakers’ prospects to improve their roster next season and beyond and increase their chances of winning championships.

The biggest factor impacting the Lakers’ future prospects is the projected drop in the salary cap the next couple of seasons, which is likely to dry up free agent markets and motivate most players to stay with current teams. Specifically, that eliminates the slim possibility Davis exercises his option and leaves the Lakers in free agency end of this season. As an eight year vet, he probably signs a two-year deal with LA to become supermax eligible.

The Lakers also have four role players who have options to become free agents this offseason, including three who possessed de facto no-trade clauses that limited the Lakers’ ability to pull off a major trade this winter. With the limited free agent market, there’s a good chance Kentavious Caldwell-Pope, Avery Bradley, JaVale McGee, and Rajon Rondo will all opt to decline their player options and remain with the Lakers for next season.

Winning the 2019–20 championship, locking up Anthony Davis for the next two years, and having most of their free agents decline their player options should put the Lakers in an enviable position heading into the offseason. They’ll have Kyle Kuzma, their 2020 first round draft pick, and over $20 million in expiring contracts as trading chips to go after a second playmaker and third scorer to complement LeBron James and Anthony Davis.

Since the Lakers will be over the cap at the end of the season, they will also have their full MLE or Mid-Level Exception worth over $9 million to use to help fill some of the holes in the roster they were unable to fill last winter. The result is the Lakers should have the ability via free agency or trade to make major upgrades to their roster that should make them an even stronger team than the one favored to win the championship this season.

Looking even further down the road, the big question remaining is how the reduced salary cap over the next couple of years is going to affect superstar Giannis Antetokounmpo’s decision to remain with the Milwaukee Bucks. The lower salary cap is likely to make it even more difficult for the Lakers to create the cap space to pursue Antetokounmpo as well make it more likely Giannis decides to sign a supermax extension to stay with the Bucks.

In a way, that could be a blessing in disguise as it could force the Lakers to focus on improving their supporting cast behind LeBron and AD rather than once again futilely pursuing and failing to land that elusive third superstar.

As I said at the start of this article, sometimes it takes adversity to unleash greatness. The coronavirus pandemic and the resultant suspension of the 2019–20 NBA season clearly portend a brand new normal for the league. While the games are likely to resume, there is no doubt it will be without live fans in the stands but sometimes people don’t know what they will miss until they actually find themselves in a situation where they lose something.

As basketball junkies, we became complacent and took the game and how important it was for our lives for granted. Being finally able to watch games again will be something I think we as fans are going to greatly appreciate. Being able to play games again is something I think NBA players are also going to greatly appreciate. I wouldn’t be surprised if the 2019–20 NBA playoffs are one one of the greatest playoffs in the history of the game.

I also think LeBron James, Anthony Davis, and the entire Los Angeles Lakers team is going to be so appreciative of the opportunity to finish the season that we’re going to see them win their seventeenth NBA championship.