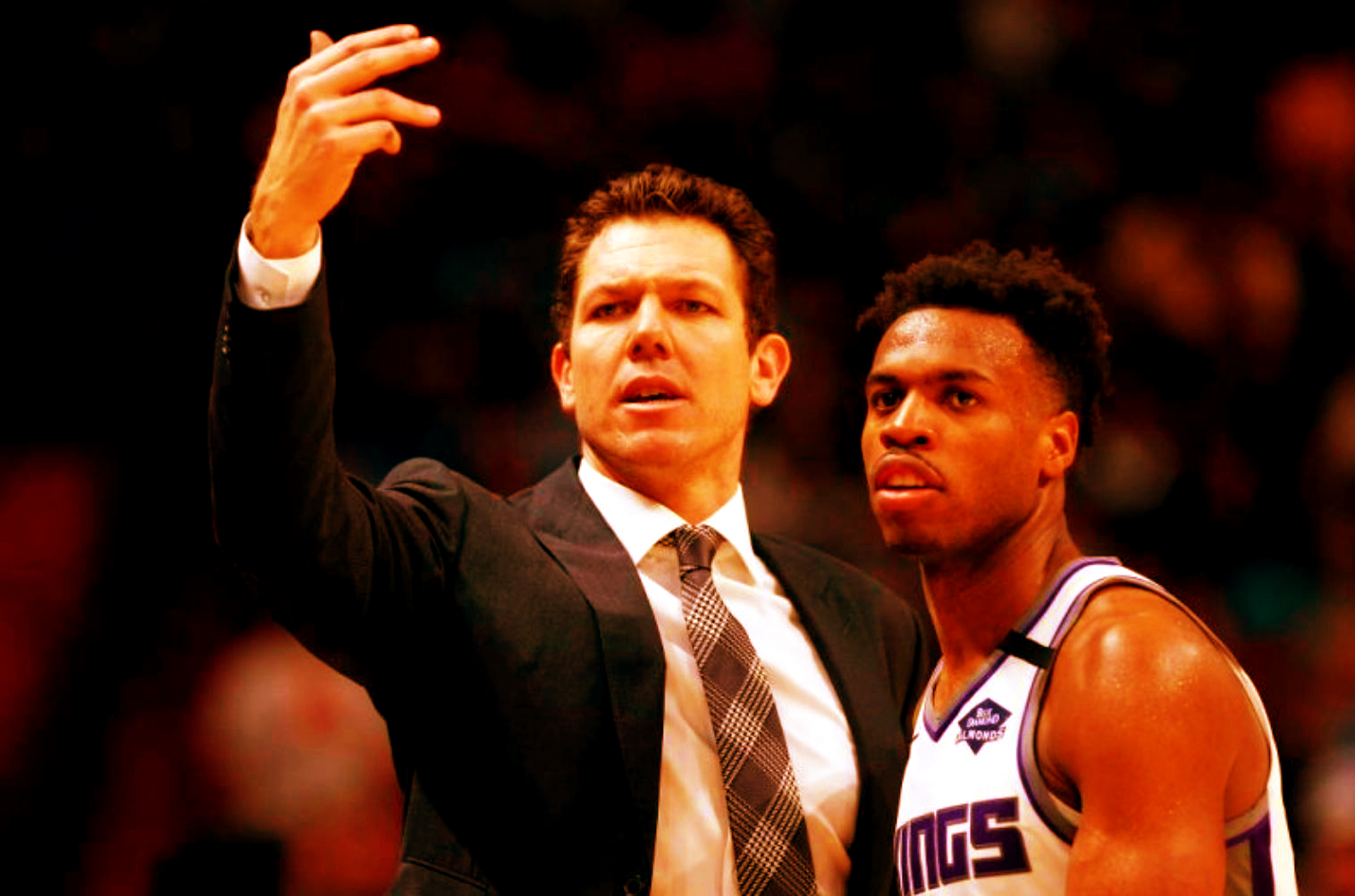 We may still be a month and a half away from NBA teams being able to sign free agents and make trades but you can bet Rob Pelinka and the Lakers’ front office are already discussing strategic moves to remain atop the NBA.

And they know for certain that the front offices of the Milwaukee Bucks, Los Angeles Clippers, Brooklyn Nets, and Golden State Warriors are already starting to put together plans to catch and surpass the Lakers next year. That means standing pat and rolling out the same roster that dominated and won the championship this year is not an option. If the Lakers want a chance to repeat and keep a threepeat alive, they need to get better.

That means Pelinka working with his front office and coaching staffs to identify the team’s needs and pulling off the right moves to fix the roster’s shortcomings and make next year’s Lakers an even better and deeper team. Heading the list of Lakers’ needs are a third scorer and elite 3-point shooter they can trust to complement LeBron James and Anthony Davis, which could be challenging considering the Lakers’ limited trade assets.

Should the Lakers be determined to land Hield and the Kings demanding a sweetener, the Lakers could include the 28th pick in the first round of the November 18 draft or talented young shooting guard Talen Horton-Tucker.

Why Would the Lakers Agree to the Trade?

Hield would give the Lakers the reliable third scorer and elite 3-point shooter they need to complement LeBron James and Anthony Davis. Buddy is a proven 20-points per game scorer and career 41.1% shooter from deep. While he’s not the defender Green is, he’s six years younger and exactly what the Lakers need offensively. He also has the size and athleticism to be a better defender when immersed in Frank Vogel’s defense-first culture.

While the Lakers love Kyle Kuzma’s growth as a defender, playmaker, and rebounder, the reality is he’s a starter quality player who plays the same positions as the team’s two superstars and their most valuable trading chip. The timing is also right now to move Kuzma, who will become a restricted free agent after next season and will certainly attract offers worthy of a starter, especially if he improves his average 3-point shooting prowess.

As for Danny Green, he’s still been one of the Lakers’ highest ranked players when it comes to net ratings and plus/minus despite struggling at times with his 3-point shooting and on-ball defense against small, quicker guards. While the Lakers will miss Green’s leadership and defense, Hield can slide right into Green’s starting slot and give the Lakers’ that elusive third scorer and elite 3-point shooter they need to complement LeBron and AD.

Why Would the Kings Agree to the Trade?

It’s obvious Buddy Hield has a problem with Sacramento head coach Luke Walton, who demoted him to the bench in favor of Bogdan Bogdanovic despite the Kings having just signed him to a 4-year, $84 million extension. Now that Walton’s been given a vote of confidence from new Kings general manager Monte McNair, it’s almost a certainty Hield will be moved, especially since he’s apparently refused to return coach Walton’s calls.

Luke Walton has always been a fan of Kuzma and the Kings and Lakers had discussions before the last trade deadline involving Kyle and Bogdan Bogdanovic, whom the Kings obviously view as Buddy Hield’s replacement. Green could slide right into Hield’s backup two guard role and give the Kings needed perimeter defense and veteran leadership. Replacing the disgruntled Hield with Green would help Walton build team chemistry.

Swapping Hield’s 4-year, $84 million deal with Green’s $15 million expiring contract makes good business sense for the small market Kings considering the uncertain economy the team is facing due to the coronavirus pandemic. The trade would also give new GM Monte McNair financial flexibility going forward. Beside addition by subtraction, it would give the Kings a chance to see what Kuzma and Green can bring without a long term commitment.

What Are the Chances the Trade Happens?

Predicting a trade in today’s NBA is like picking 100 to 1 long shots because there are so many moving pieces and other possible options for teams and many trades simply happen because of the relationships between GMs. While Buddy Hield is going to be traded, the big questions are always what do the Kings think about Danny Green and Kyle Kuzma and what are other teams willing to offer. Hield is a talented young player who will be coveted.

There’s been no shortage of NBA teams rumored to have interest in trading for Buddy Hield. At the top of the list are the Philadelphia 76ers, Brooklyn Nets, Milwaukee Bucks, Dallas Mavericks, as well as the Los Angeles Lakers. We’ll have to wait until the NBA and NBPA agree when teams can sign free agents and trade players to find out but we know the Kings like Kuzma, Green’s a great short term fit, and the trade frees up options for McNair.

There are bigger targets the Lakers could pursue and there’s always the issue of not wanting to commit to more than 1-year deals to save cap space to chase Giannis but there’s also the pressure with LeBron to win now. Frankly, the Lakers might be wise to jump at the opportunity to trade Kuzma and Green for a proven young talent like Hield rather than waiting and gambling again like they did with Kawhi. Hield would be a perfect fit.