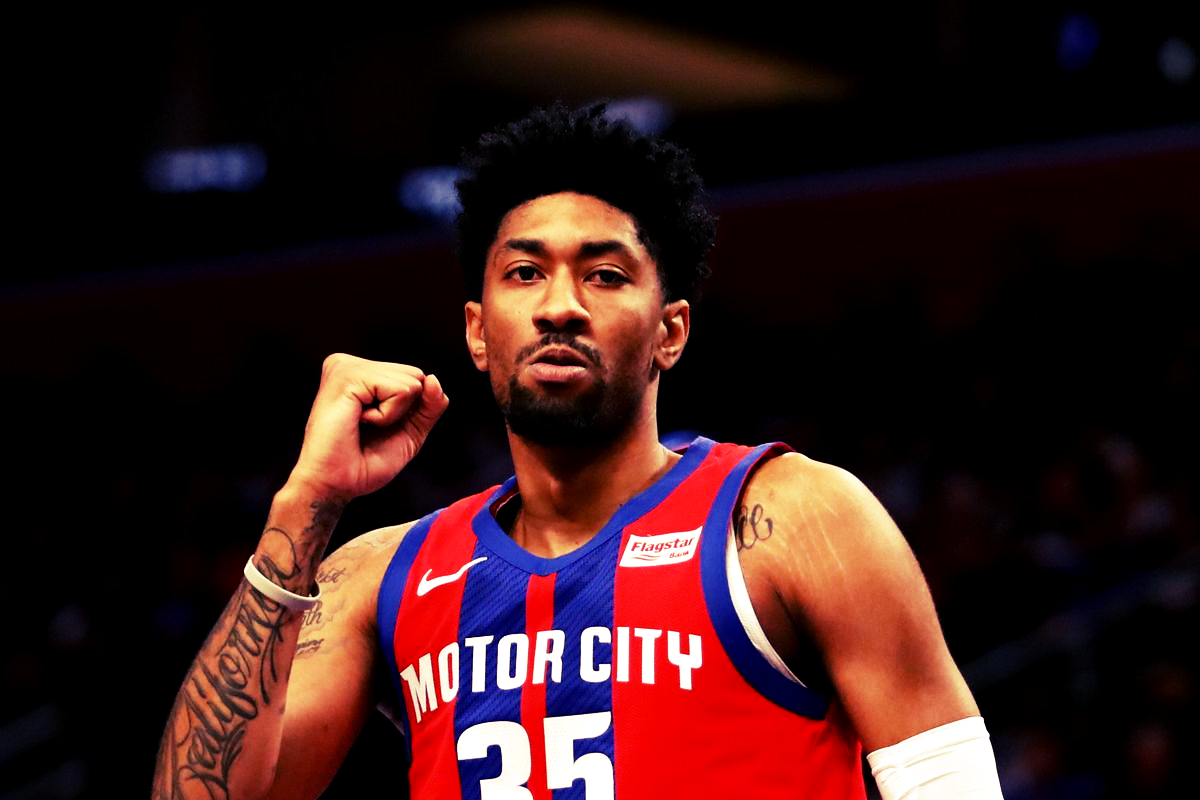 The uncertainty of the pandemic and the lack of teams with cap space have given the Lakers a unique opportunity to steal free agent center Christian Wood, who is the perfect player to complement and unleash Anthony Davis.

Pairing 6′ 10″ Christian Wood and his 7′ 3″ wingspan with 6′ 10″ Anthony Davis and his 7′ 6″ wingspan would give the Lakers unprecedented size and length and a monster front court that would be a nightmare matchup. Imagine opposing defenses trying to defend a pair of near 7-footers raining threes and throwing down dunks and opposing offenses trying to score with two athletic pterodactyls challenging shots and protecting the rim.

What better way to elevate the Lakers to the next level than doubling down on defense and the size and length advantage that won the championship by adding Christian Wood to make them even bigger, longer, and faster. Offensively, they would dominate the boards, second chance points, and points in the paint. Defensively, they would control the glass, protect the rim, and have the quickness and length to challenge shots on the perimeter.

The 25-year old Wood had a breakout season for Detroit after being claimed on waivers from the Pelicans the previous summer and finally receiving an opportunity to start at center when the Pistons traded Andre Drummond. Christian averaged 21.6 points, 9.1 rebounds, 1.8 assists, 1.0 steals, and 0.9 blocks in 33.0 minutes per game in the 16 Pistons’ games he started, while shooting 55.9% from the field, 40.6% from three, and 75.9% from the line.

While the sample size is small, Wood showed he could score at all three levels. He has a sweet stroke from deep, nice pull up jumper from midrange, and top tier athleticism to attack the paint and finish at the rim with dunks. He needs to put on muscle to hold his ground against bigger centers and is raw defensively but has pogostick hops, elite shot blocking instincts, and the lateral quickness and speed to defend smaller players on the perimeter.

While there are safer and surer options in free agency, none possess the raw upside as an impact star player or pure potential to improve the Lakers at both ends of the court than Christian Wood. He’s a can’t miss opportunity. Christian is a modern AD clone with similar talents and skill sets as Davis. He can score at the rim, from midrange, or from deep. He can protect the rim, defend the paint, and guard all five positions anywhere on the court.

The Lakers have an excellent chance of acquiring Christian Wood, who’s already announced on Instagram he’s planning on leaving the Pistons, asking his fans which teams he should consider signing with as a free agent. While the Pistons would love to re-sign Wood, who made $1.6 million last season, they only have his Early Bird rights, which means the most they can offer him is around $10 million per year, basically the same as the MLE.

In a normal offseason, Christian could expect offers between $10 to $15 million per year from multiple NBA teams but this is clearly not a normal offseason with financial uncertainty and only five teams having cap space. Most free agency pundits are projecting Wood’s ceiling this offseason to be the $9.3 million non-taxpayer MLE, which the Lakers fortunately possess while many competitors are limited to the $5.6 million taxpayer MLE.

Should one of the five teams with available cap space offer Christian his full $15 million market value, the Lakers should agree to match the offer and work with the Detroit Pistons to negotiate a sign-and-trade to acquire him. The Pistons would certainly prefer to receive Flint, Michigan native Kyle Kuzma and Danny Green’s expiring contact in a sign-and-trade for Christian Wood instead of having him leave as a free agent with nothing in return.

The Lakers top priority in free agency should be to sign Christian Wood with their MLE or via a sign-and-trade. He’s a future star player and the missing piece to transform the Lakers into a championship juggernaut.