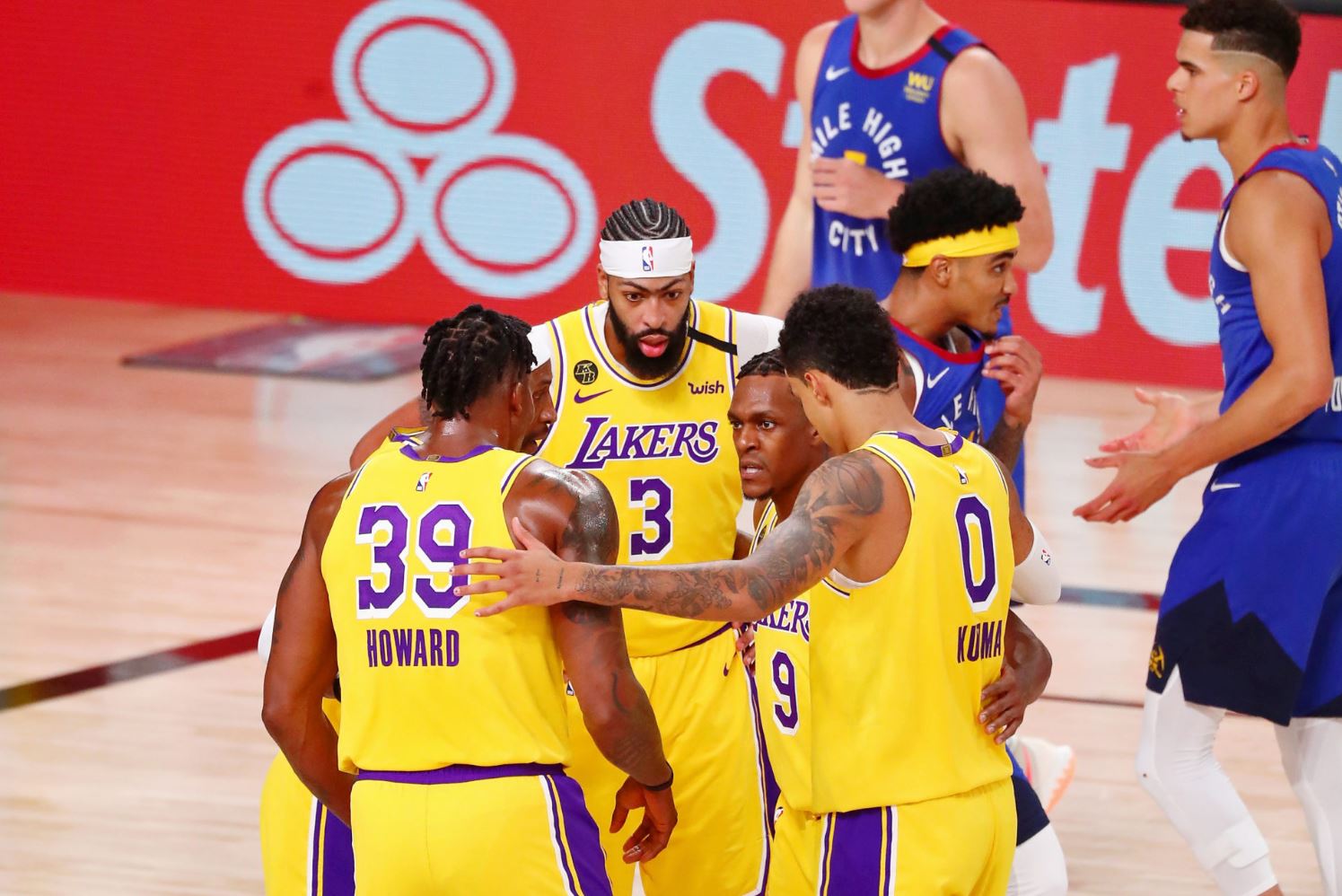 As we get ready to for Game 2 in the Western Conference Finals against the Denver Nuggets, one of the big questions to consider is who has been the Lakers’ third most valuable player so far in the NBA bubble playoffs?

After staying with essentially the same starting lineup most of the season, Lakers’ head coach Frank Vogel has made several major adjustments both to the starting lineups as well as his rotations since we started the playoffs. Before the playoffs, the talk was about the Lakers needing Kyle Kuzma to step up and be the team’s third star to be win a championship but now other players like Rajon Rondo and Dwight Howard have started to emerge.

It’s easy to say the Lakers’ third star is the open man or their elite defense but history tells us the team is more likely to need a key role player to emerge as the third most valuable player to win the NBA championship. Will that be a current starter like Kentavious Caldwell-Pope or Danny Green or a key reserve like Kyle Kuzma, Rajon Rondo, or Dwight Howard. At the halfway point, we’re starting to see who could be legitimate candidates.

To help you analyze those candidates, let’s look at how individual Lakers ranked according to the following key playoff player stats per NBA.com:
Net Rating, Plus/Minus, Points, Assists, Rebounds, Blocks, and Steals.

One of the key stats used to compare a player’s overall performance is Net Rating because it measures the difference between the player’s offensive and defensive rating. Danny Green’s net rating is best on the team and tops LeBron James and Anthony Davis, which makes him a serious candidate.

Plus/Minus is another stat analysts like to use to compare players as it measures how the team does when a player is on the floor and includes intangibles such as fit, chemistry, and things that don’t show up on the stat sheet. Danny Green’s third best plus/minus adds to his candidacy.

There’s a case to be made that points per game is the best stat by which to measure who is the Lakers’ third most valuable playoff player. The Lakers do need a third consistent scorer to complement LeBron and AD. Kyle Kuzma being the team’s third best scorer makes him a top candidate.

Next to scoring, a second playmaker to play alongside and free up LeBron James from being the Lakers’ only facilitator and to run the offense when he rests is always near the top of the list of Lakers’ needs. Rajon Rondo’s elite playmaking, though only in three games, catapults him into contention.

As expected, LeBron James and Anthony Davis are the Lakers’ best two rebounders. Controlling the boards has always been a critical factor both aton the defensive and offensive glass for teams to win in the playoffs. Dwight Howard’s elite rebounding makes him a legitimate candidate.

There’s truth in the axiom ‘defense wins championships’ and Frank Vogel’s defensive philosophy has always been defense starts inside-out with rim protection. The surprise is Dwight Howard not making the list but JaVale McGee should be added as a candidate because of his shot blocking.

Steals are often an underappreciated defensive stat but impact the team’s offense because they often lead to easy transition points on the offensive end. Rajon Rondo’s 2 steals per game in limited games and minutes should add to his candidacy as the Laker’s third most valuable playoff player.

Here’s a recap of where each Lakers player finished as far as the playoff top five rankings for the seven statistical categories discussed above:

Obviously, the Lakers’ third most valuable playoff player should contribute in multiple areas like LeBron James and Anthony Davis have done. Per that criteria, the leading candidates so far are Rajon Rondo and Danny Green. We’re slightly past what hopefully is the halfway point in the Lakers’ quest to win the championship, so a lot can change as competition and pressure ramps up as we finish the Conference Finals and then the NBA Finals.

We’ll continue to track who’s performing as the team’s third most valuable player as the Lakers pursue the franchise’s 17th NBA championship and follow up at the end of the playoffs with a final article and award.