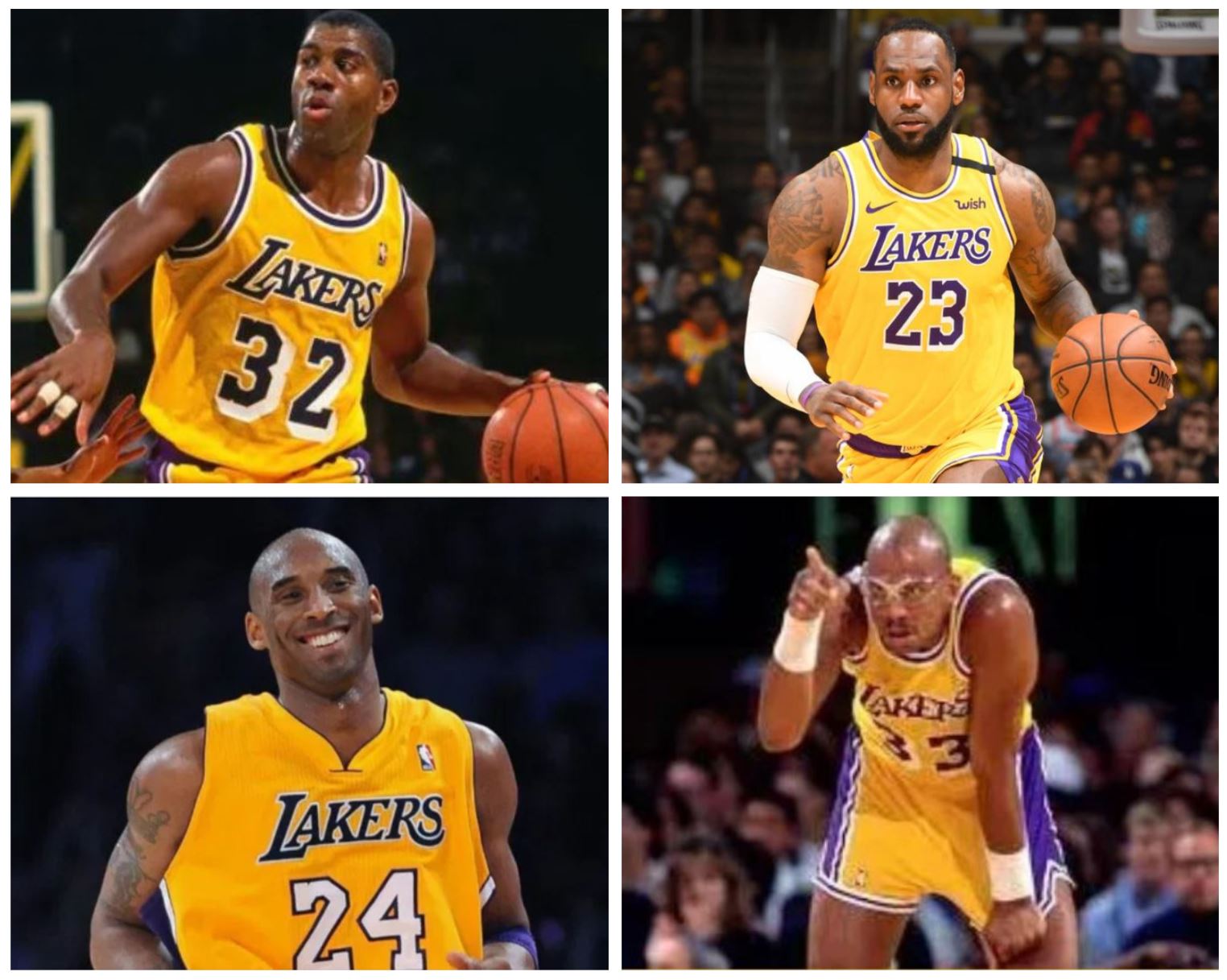 When you’re a Lakers fan, it’s a challenge to select four superstar players to be immortalized on your Mount Rushmore but choosing one superstar with which to start a franchise among these legends is tantamount to impossible.

How do you choose from what are without question four of the greatest players to ever put on a purple and gold jersey, possibly the best NBA point guard, shooting guard, small forward, and center to ever play this game? It’s an impossible task but you have no option. You’re the general manager with the number one pick in the draft and this is the greatest draft class in the history of the league. So put on your big boy pants and make your pick.

The rules are simple. We’re talking about today’s modern NBA game where the three ball dominates, the game has become positionless, and science has given us 21-year old clones of these four players to start new teams. You’re to assume there will be elite players available with modern skill sets at all five positions with which to build out your roster and bench but none with the dominant generational superstar talent of these four players.

The challenge is figuring out who would be the best superstar around which to build a championship team considering the talent, character, versatility, and durability of these players and their fit in the modern game. To help you make your final decision who to draft, here’s my brief take on the relative strengths of each of the players as well as critical questions regarding how they might fit in today’s analytically driven league:

There’s a strong argument to be made that no position in today’s modern game is as important as point guard and there’s almost universal consensus that the 6–8 Magic Johnson is the best point guard to ever play the position. Winner of 5 NBA championships, 3 League MVPs, 3 Finals MVPs, 2 All-Star Game MVPs, and 9 First Team All-NBA awards in 13 NBA seasons, Magic was the ultimate fast break orchestrator and championship team leader.

If you have a chance to draft the greatest point guard in the history of the game, it’s hard not to decide to take Magic. His only weakness might be his mediocre 3-point shooting percentage and average defensive rating.

No superstar in NBA history can match LeBron James’ versatility and unique ability to play and defend all five positions on the court. It’s why when his career is over, he may be considered to be the greatest ever. Winner of 3 NBA championships, 4 League MVPs, 3 Finals MVPs, 3 All-Star Game MVPs, and 12 First Team All-NBA honors in 17 seasons counting, we may never see another superstar with LeBron’s physical and mental talent.

If you have a chance to draft the player who may eventually be the GOAT, it’s hard not to decide to choose LeBron. That he can play the point as well as Magic but is a better 3-point shooter and elite defender may be decisive.

There is no superstar more beloved by Lakers fans than Kobe Bryant, who’s tragic death with his daughter Gigi in a helicopter crash earlier this year shocked the city of Los Angeles and basketball fans around the world. Winner of 5 NBA championships, 1 League MVP, 2 Finals MVPs, 4 All-Star Game MVPs, and 11 First Team All-NBA honors in 20 seasons, Kobe was one of the greatest clutch scorers and toughest defenders in NBA history.

While the opportunity to draft a generational superstar like Kobe Bryant is special, it’s hard to imagine him matching the impact of a Magic Johnson or LeBron James despite his unique two-way talent and Mamba mentality.

Kareem Abdul-Jabbar scored more points than any other player in the history of the NBA and his offensive and defensive prowess makes him in the minds of many experts the greatest center to every play the game. Winner of 4 NBA championships, 6 League MVPs, 2 Finals MVPs, 5 First Team All-Defensive teams, and 10 First Team All-NBA honors in 20 seasons, the Captain and his sky hook will always be among the league’s legends.

It’s hard to argue against drafting a superstar who scored more points in his career than any other player and was one of greatest two-way centers ever but the game has changed and centers no longer anchor championship teams.

Choosing between four of the greatest superstars in the history of the NBA is not easy, especially when you think of each in their prime. While you couldn’t go wrong with any of them, the truth is the game has changed. That’s why I would select LeBron James first because of his unique physical talents, his positional versatility, his ability to fit in the modern analytics driven NBA of today, and the fact he he still has time to add to his resume.