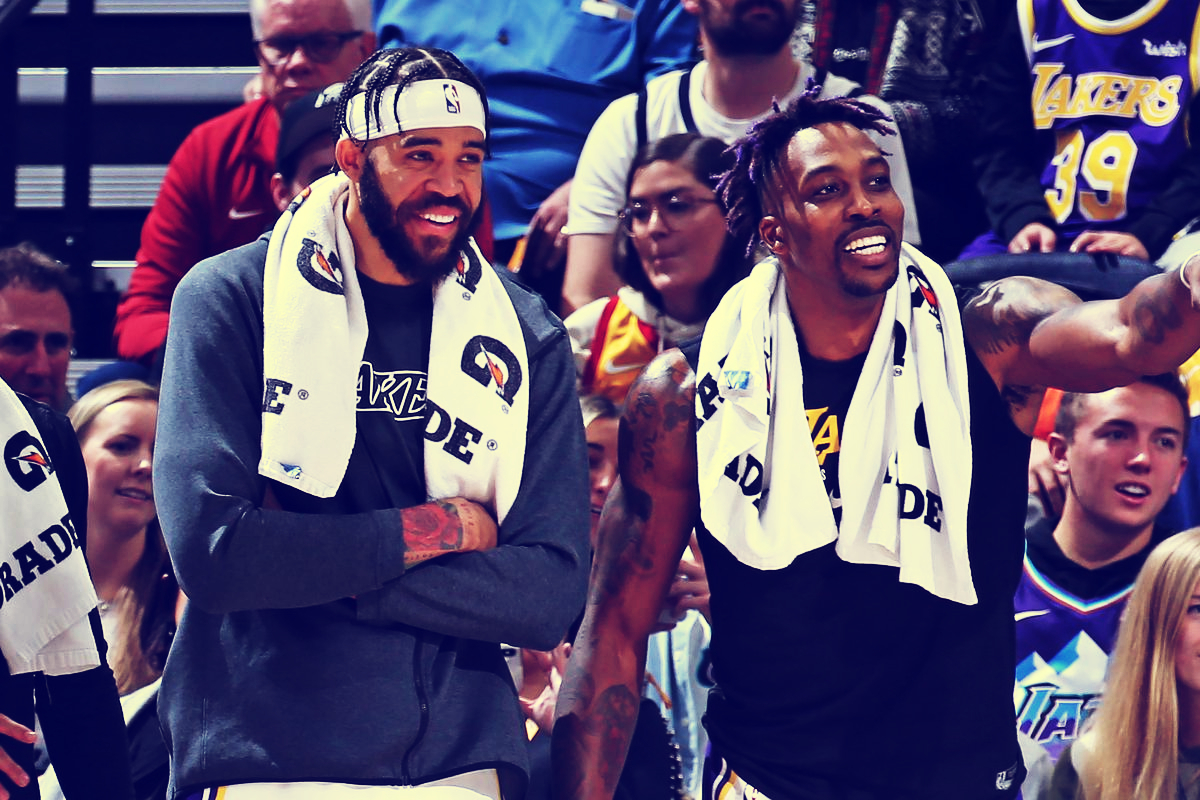 In a league where traditional centers have been devalued and the Lakers’ tag team of JaVale McGee and Dwight Howard has been the exception, the time may have finally come for Frank Vogel to embrace the modern center.

In today’s NBA, traditional centers whose only job is to protect the rim and dunk the ball have become dinosaurs who can be played off the court by modern centers who’re more mobile and athletic and can shoot the three. Frank Vogel’s been on a mission to prove the Lakers can still win with a traditional center anchoring his defense and protecting the rim and he’s been able to pull it off for the most part up until he got to the playoffs.

Vogel’s conviction defense starts with protecting the rim and Anthony Davis’ preference to play the four to avoid the physical banging of playing the five have definitely been major factors in the Lakers playing traditional centers. But these playoffs have taught the Lakers playing a quicker and faster power forward who can defend and shoot the three like Markieff Morris alongside Davis at center can work and make them better offensively and defensively.

The playoffs have exposed traditional centers as liabilities on both ends of the court. Offensively, their presence in the paint and lack of gravity on the perimeter make it easy for defenses to pack the paint and protect the rim. Defensively, their inability to guard the perimeter makes them vulnerable against teams with centers who can stretch the floor and their lack of speed and mobility makes them easy prey for smaller players hunting switches.

While the Lakers played JaVale McGee or Dwight Howard at center 74% of the time during the regular season, those numbers dropped dramatically to 52% for the first three rounds of the playoffs and to only 29% for the Finals. Since McGee did not play and Howard posted a team worst defensive rating of 135.7 in last night’s game, it’s highly likely the Lakers will opt not to play either of their traditional centers in tomorrow night’s Finals Game 6.

In many ways, the evolution of the center position for Frank Vogel and the Lakers this season has been a microcosm of the center revolution that has taken over the modern NBA in the wake of the ascension of the 3-point shot. The Lakers are fortunate that they have the perfect prototype of the modern NBA center in Anthony Davis. What they need to figure out going forward is who would be the ideal front court partner to optimize and protect Davis.

Re-signing Morris is going to be important and there are matchups like Jokic where a physical defender like Dwight Howard could be critical, although he may be offered more as a free agent than the Lakers could be willing to pay. The Lakers may prefer to re-sign DeMarcus Cousins, who would give the Lakers a true stretch five and whom Anthony Davis loved playing with when both were on the Pelicans, than bringing back Dwight Howard.

The Lakers might also prioritize pursuing a young power forward/center like Christian Wood or Myles Turner, who would better complement Anthony Davis and catapult the Lakers’ offense and defense into the modern NBA. Wood or Turner would not only give the Lakers a starting lineup with five players who can shoot the three ball and defend the perimeter but also the two bigs Vogel’s alway preferred to anchor the defense and protect the rim.

Despite the need for a playmaker, the Lakers’ priority this offseason should be to replace their traditional centers with modern centers who would complement Anthony Davis and revolutionize their offense and defense.