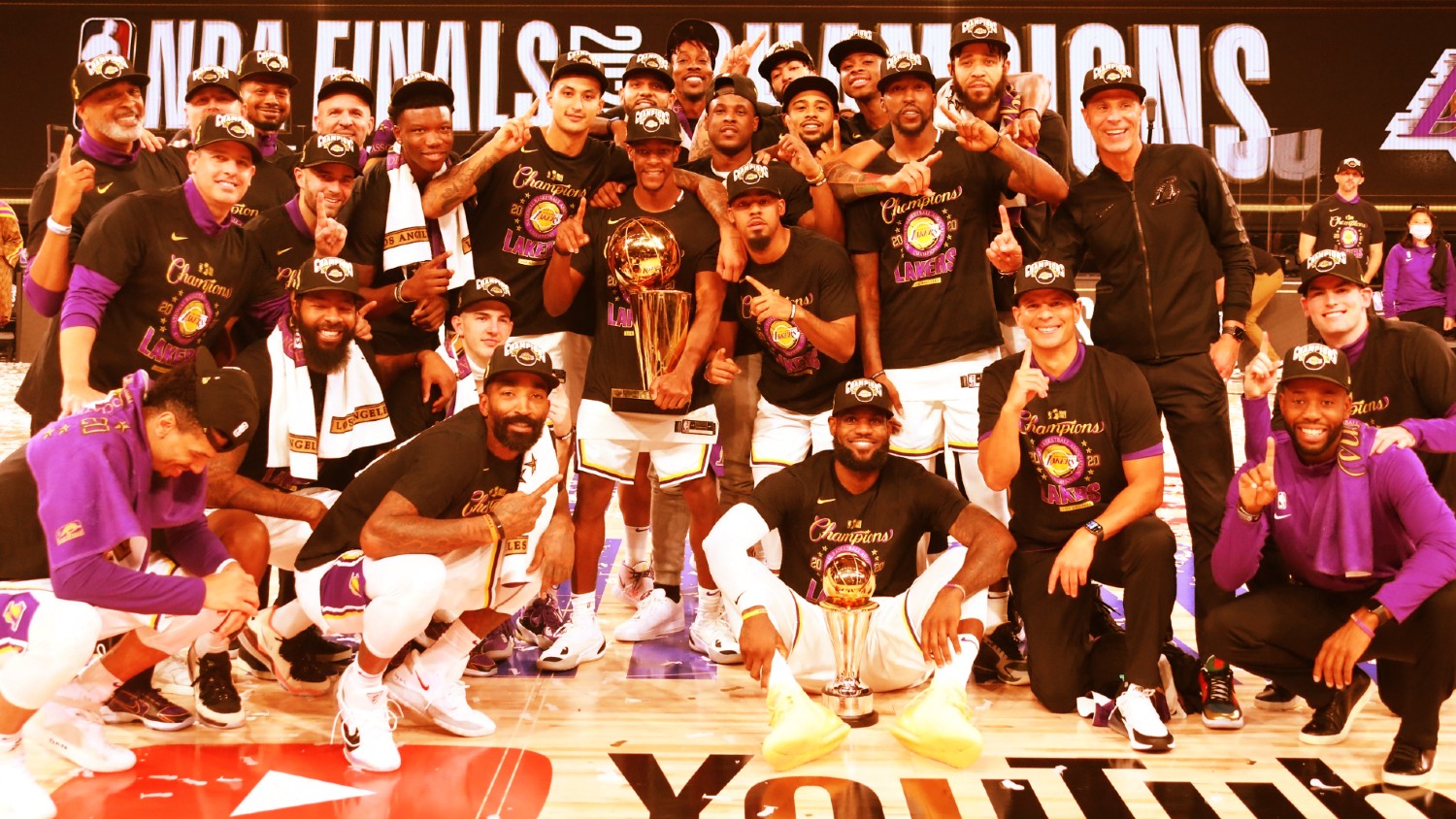 Like the photo above, every championship is a snapshot of a moment to be savored and cherished when everything went right and a team won the ultimate prize but not a promise that can be repeated or three-peated.

Rob Pelinka will face a big challenge trying to keep players like Rondo, KCP, Howard, and Morris who will have strong value based on how well they played in the playoffs and will have to use the team’s MLE to keep them. That means the only way the Lakers can upgrade their roster will be via a trade, with Kyle Kuzma as the primary trading chip, Danny Green and JaVale McGee as filler, and their first round pick as the deal sweetener.

So here’s my final grade for each player on the Lakers’ roster and my prediction whether they will leave or stay with the team going forward:

What more can you say. Unanimous Finals MVP, still the best player on the planet, and showing zero signs of slowing down. The engine powering the Lakers all season long and the heart and soul of their championship effort.

The perfect complement to LeBron James and still not close to his prime. AD’s the second best player on the planet and future face of the franchise. He’ll exercise his player option and re-sign 1+1 max contract with Lakers.

KCP gets my vote as the third best player on the Lakers both for his outstanding regular season and clutch performance in the playoffs. He’ll exercise his player option and re-sign with Lakers for $12 million.

Rajon Rondo elevated his game and proved the Playoff Rondo moniker was real and he was still capable of being an elite player. He’ll exercise his player option but re-sign to play with LeBron and AD with a raise to $6 million.

AC Fresh showed he deserved to play big minutes on the biggest stage and will continue to be a key component in the Lakers’ rotation. He should be untouchable when it comes to being traded and a key perimeter defender.

Markieff Morris was the key to unleashing Anthony Davis at the five and will one of the Lakers’ top priorities in free agency this offseason for that reason. Markieff will re-sign with the Lakers and get a raise to $6 million.

Dwight Howard’s gamble on taking a non-guaranteed contract with the Lakers will payoff big and he will be a coveted free agent this offseason. He will ultimately re-sign at a discount with the Lakers for $4 million.

While Kuz made great progress this season as a defender, playmaker, and team player, he still plays the same starting position as LeBron and AD. Kyle deserves a starting role and salary. Lakers will trade him this offseason.

Danny Green played better than his personal stats indicated, posting top three net and plus/minus ratings showing his value goes beyond stats. Unfortunately, his $15 million expiring salary will be needed in a trade.

While JaVale played well early in the season, his play the second half of the season and playoffs declined considerably. He will decline his player option for the money but will be included in a trade with Kuzma and Green.

THT showed he has a future with the Lakers by his excellent playoff play. Depending on what happens with the roster, he could work his way into the rotation for next season. Or he could end up being trade sweetener.

Jared Dudley filled his role as a veteran mentor and role model with the Lakers to perfection and was rewarded with a championship ring. Dudley will likely retire after this season and join some team’s coaching staff.

Quinn Cook had moments during the regular season as a championship experienced mentor and the Lakers designated break-glass-in-case-of-emergency shooter. His contract is may be guaranteed if needed for a trade.

Dion Waiters had some promising moments during the seeding games but his performance ultimately couldn’t earn Vogel’s trust as a defender. Dion earned his championship ring but his time with the Lakers is done.

Despite being a last minute replacement for Avery Bradley, J.R. Smith got a few opportunities to shoot his way into the rotation during the playoffs but couldn’t take advantage of them. He gets a ring but will be moving on.