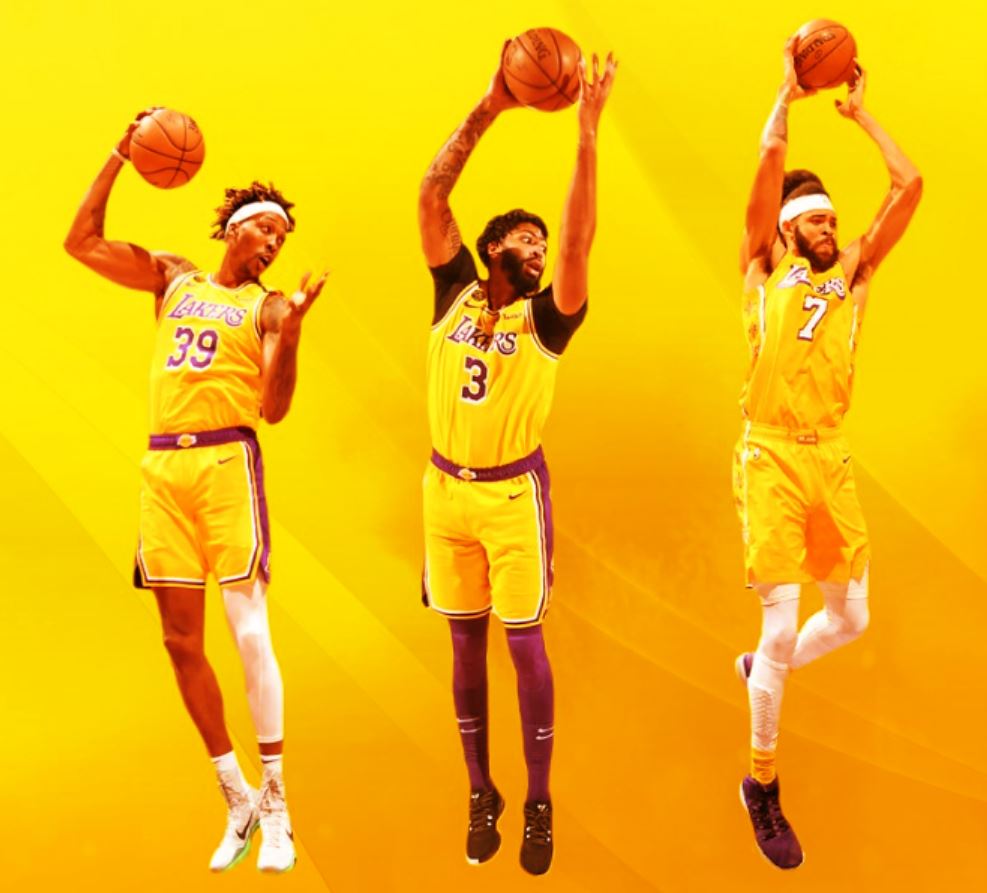 The true modern center has to be able to score and defend at every level. That’s why Anthony Davis is such a dominant force when he plays the five. He can score from anywhere on the court and defend all five positions.

There are modern offensive centers who can shoot the three and defensive centers who can protect the rim and defend the perimeter but Anthony Davis is a unicorn, the mythical player every team covets and cannot find. There are a few young centers like Myles Turner and Christian Wood who can emulate parts of AD’s modern offensive and defensive repertoire but the Lakers’ chances of acquiring either of them don’t appear to be realistic.

While the Lakers were successful playing two traditional low post centers during the regular season, there were crucial moments during the playoffs when both McGee and Howard essentially became unplayable at either end. They clogged the middle and made it easier for teams to pack the paint against LeBron and AD on offense and became liabilities unable to defend stretch fives or guards on the perimeter when hunted and switched.

The Lakers best offensive performances in the playoffs came when Anthony Davis played the five, Markieff Morris played the four, and the Lakers used various five out sets to create spacing for Lakers players to attack the rim.

Adding a modern stretch five center to the roster would enable the Lakers to continue to allow Anthony Davis to split his time between the four and five while providing James and Davis with optimum spacing for all 48 minutes:

The 33-year old Aron Baynes is coming off a career year with the Phoenix Suns, where he averaged 11.5 points, 5.6 rebounds, and 1.6 assists in 22.3 minutes per game while shooting 35.1% from deep on 4 threes per game. Those were career highs in 3-point percentages and attempts for a center who transformed his game the last three years to become a modern stretch center after rarely taking a three during the first five years of his career.

Baynes brings the kind of rugged physicality to the game that made Howard so valuable, setting bone crushing screens, boxing out hard on the glass, playing tough positional defense, and being in the right place at right time. Aron made $5.4 million last season so the Lakers might be able to tempt him with a slight raise and part of their $9.3 million non-taxpayer MLE and the opportunity to start on a championship team and win a ring.

Boogie’s supposedly close to being ready to play after a series of debilitating injuries that threatened to derail his career. If he’s healthy and can play anywhere near his preinjury level, he would be a top candidate to re-sign. Before his injuries, he was on pace to shoot 35.4% on over 500 attempts from beyond the arc. With career averages of 21.2 points, 10.9 rebounds, and 3.2 assists, a healthy Cousins is the prototype modern offensive center.

We know Boogie can score inside and out, is an excellent passer, and had a lot of the same skill set as Nikola Jokic but the big question with is can he still defend or have the injuries cost him the mobility and lift needed to defend? The Lakers can likely sign the 30-year old Cousins to a veteran’s minimum contract and his great history and relationship with Anthony Davis make him a leading candidate to be the Lakers’ modern offensive center.

The 31-year old Serge Ibaka could be the best overall fit for the Lakers as a modern offensive center because he’s a superior 3-point shooter, rim protector, and shot blocker than either DeMarcus Cousins or Aron Baynes. The problem is he would be more expensive. Serge made $23.2 million last year, which means the best the Lakers can likely offer is their $9.3 million non-taxpayer MLE. Unfortunately, that may not be enough to lure him.

Serge averaged 15.4 points, 8.2 rebounds, and 1.4 assists in 27.0 minutes while shooting 38.5% from deep on 3.3 attempts per game last season. While he’s been linked to the Lakers in rumors, he’s a long shot to acquire. The Raptors want to keep him and he’s already won a ring there. What might make the difference is offering a multiple year deal, which the Lakers may be willing to consider since Giannis may be staying with the Bucks.

The Lakers best defensive performances in the playoffs came when Anthony Davis played the five, Markieff Morris the four, and the Lakers used speed, quickness, mobility, and athleticism to protect the rim and perimeter.

Adding a modern defensive center to the roster would enable the Lakers to continue to play the aggressive suffocating defense that dominated teams in the playoffs for the entire game rather than just when Davis played the five.

The 27-year old 7′ 0,” 240 lb Willie Cauley-Stein is my top pick to be the modern defensive center in the Lakers’ new center tandem. He averaged 7.2 points, 5.8 rebounds, and 1.3 assists in 23.0 minutes per game last season. Willie’s real value, however, came at the defensive end where he averaged 1.2 blocks and 1.1 steals for the Mavericks, impressive numbers for just 23.0 minutes per game. Willie has exercised his player option and is a free agent.

I believe Willie is the closest thing to Anthony Davis as a modern defensive center who can protect the rim and block shots and switch onto guards and forwards and challenge shots beyond the arc or stuff drives to the basket. Willie and AD would create a formidable defensive duo of pterodactyls who could put a suffocating lid on the Lakers’ defensive basket. I would offer Willie half of our $9.3 million non-taxpayer MLE and a chance to win a ring.

26-year old, 6′ 10,” 220 lb Nerlens Noel is another young, mobile, bouncy modern defensive center who can protect the rim and defend five positions who would be an excellent fit as part of the Lakers’ new center tandem. Nerlens averaged 7.4 points, 4.9 rebounds, and 0.9 assists in just 18.5 minutes per game. Like Cauley-Stein, Noel’s value was on defense where he averaged an amazing 1.5 blocks and 1.2 steals in less than half a game.

If the Lakers can’t sign Willie Cauley-Stein, they should definitely pursue Nerlens Noel, who only made the $1.6 million veteran minimum with the OKC Thunder last season. He would be a perfect candidate for the BAE. Considering the great job Frank Vogel did with old school centers like McGee and Howard, imagine what he could put together with a faster, younger, and more athletic center like Nerlens Noel next to Anthony Davis.

The 29-year old, 6′ 9.” 254 lb Tristan Thompson is a former teammate and long time friend of LeBron James, who respects his defensive ability and would love to have him join the Lakers as their modern defensive center. While his blocks and steals stats don’t compare with the younger Cauley-Stein or Noel, Tristan has a well deserved reputation as being a smart and talented center who can protect the rim and defend on the perimeter.

The big issue with Thompson is cost as he’s coming off an $18.5 million contract with Cleveland that many considered to be an overpayment and blame on LeBron James who lobbied heavily for the Cavaliers to sign him. Tristan also started shooting 3-point shots last season, taking 23 threes in 57 games and hitting 9 of them for 39.0%. Thompson merits consideration because of LeBron but only if he were willing to sign a minimum contract.

The Lakers single-handedly restored the center position and going big as a viable option last season and have an opportunity to continue the evolution by rebuilding their center rotation to embrace the modern analytics game. Small ball’s never really been about small being better than big. It’s about empowering players who had the offensive and defensive skills of guards and forwards along with the size and length to play and defend the five.