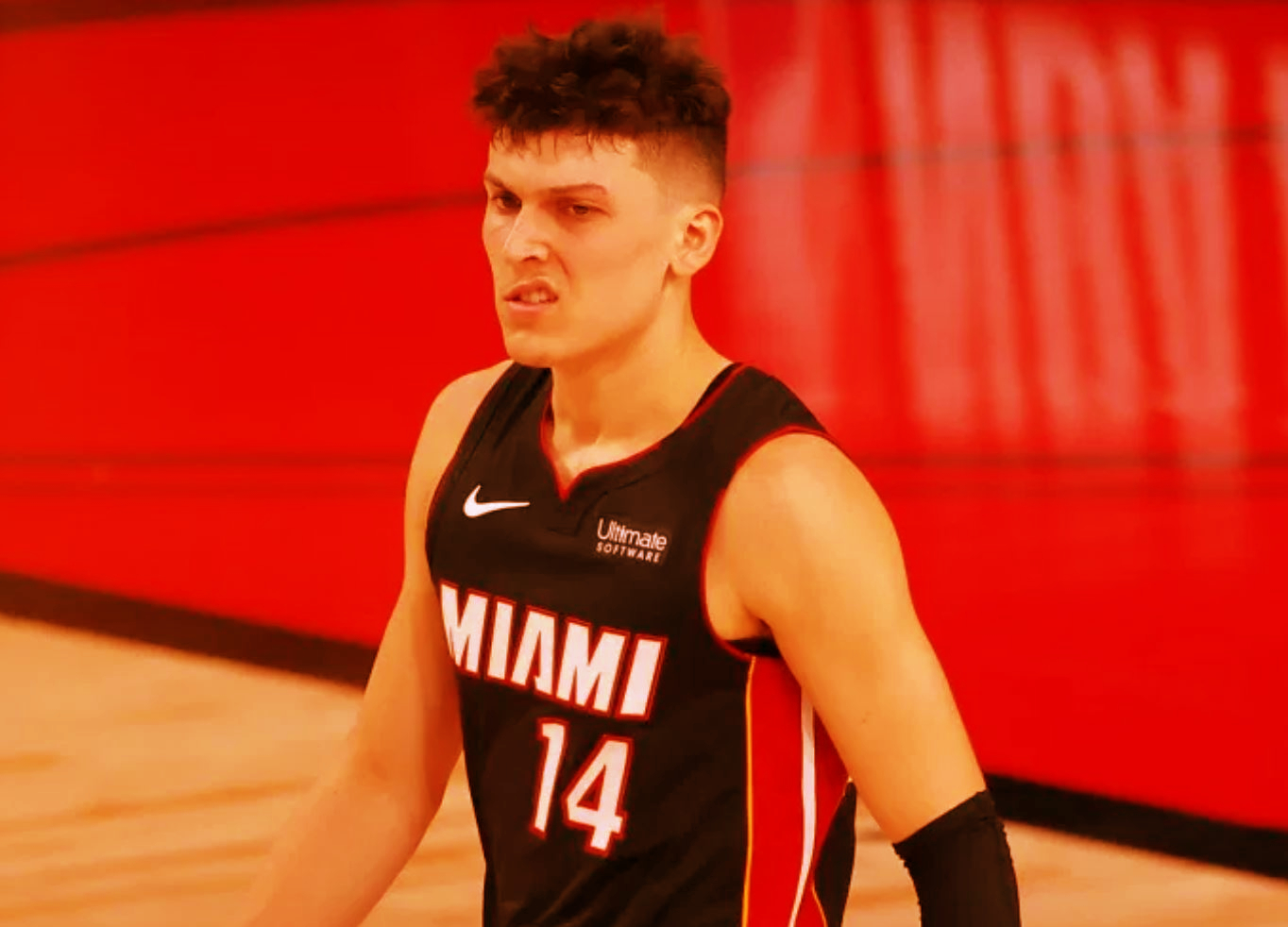 With a cocky Jimmy Butler telling LeBron James and the Lakers “You’re in trouble” and a taunting Tyler Herro sneering after a late three to clinch the win, the Miami Heat have suddenly brought the 2020 Finals back to life.

While you couldn’t blame the Heat for a little strutting and swaggering after losing the first two games in the Finals to the favored Lakers and then being written off by everybody, it might have been smarter not to poke the bear. You could see the storyline already developing as an angry LeBron James and Lakers team walked off the court with 10 seconds still left on the clock, setting the stage to approach Tuesday night’s Game 5 as a revenge game.

Forget LeBron allegedly telling Jimmy the Heat were in trouble earlier in the game or the Lakers completely disrespecting Miami by coming out flat, James has a long history of grasping anything possible for extra motivation. LeBron, AD, and the Lakers’ starters have no one to blame for losing Game 3 than themselves. They were passive, complacent, and ineffective. The only thing that kept them in the game was the outstanding play of their bench.

In addition to being outplayed, the Lakers were also outcoached. After a failed attempt to contain James and Davis by playing zone in Game 2, Erik Spoelstra went back to man defense in Game 3 but with key adjustments. Defensively, the goal was the same as playing zone in Game 2: prevent LeBron James from hunting and forcing switches on Duncan Robinson and Tyler Herro by doubling, hedging, stunting, and fighting through screens.

Offensively, the Heat wanted to turn the tables on the Lakers and unleash Butler to relentlessly hunt and force switches to take advantage of Green, Kuzma, and Caldwell-Pope just as James had done to Robinson and Herro. While Frank Vogel has always been a strong opponent of switching, it was LeBron James’ unwillingness to fight through screens and willingness to allow switches that ended up making Spoelstra’s adjustments successful.

Overall, Jimmy Butler enjoyed a career best playoff game, posting a triple double with 40 points, 11 rebounds, and 13 assists in 45 minutes without taking a single 3-point shot, which reveals how teams need to defend him. The Lakers need to go under those screens and force Jimmy, who is average at best from deep on less than two attempts per game, to make his threes rather than letting him to go 14–20 from the field and 10–12 from the line.

On offense, the Lakers simply need LeBron James and Anthony Davis to play like superstars. James cannot turn the ball over 8 times and Davis cannot get into foul trouble and put up just 15 points and 5 rebounds with zero blocks. The Lakers’ other starters also need to show up. 5, 4, and 2 points and -26, -15, and -15 +/- from Caldwell-Pope, Green, and Howard in a Finals close out game won’t cut it. Frank Vogel clearly needs to make some adjustments.

While it may sound to some like a broken record, the time may be here for Vogel to sit Dwight Howard, move Anthony Davis to the five, and start Markieff Morris at the four to turbo charge the Lakers’ offense and defense. Whether Adebayo plays or not, that’s an offensive lineup with the 3-point shooting to offset the Heat doubling LeBron and AD and a defensive lineup to match up and defend the five-out sets that have been killing the Lakers.

In the end, the Lakers just need to come ready to play. Down 1–2, this is essentially another elimination game for the Miami Heat. Lose and they’re in a 1–3 hole from which only one team in NBA history has ever come back. While great coaching trumped talent in Game 3, LeBron, AD, and the Lakers will be looking to avenge their loss and will come out gunning for revenge. Game 4 should be a wire-to-wire blowout with the Lakers dominating.