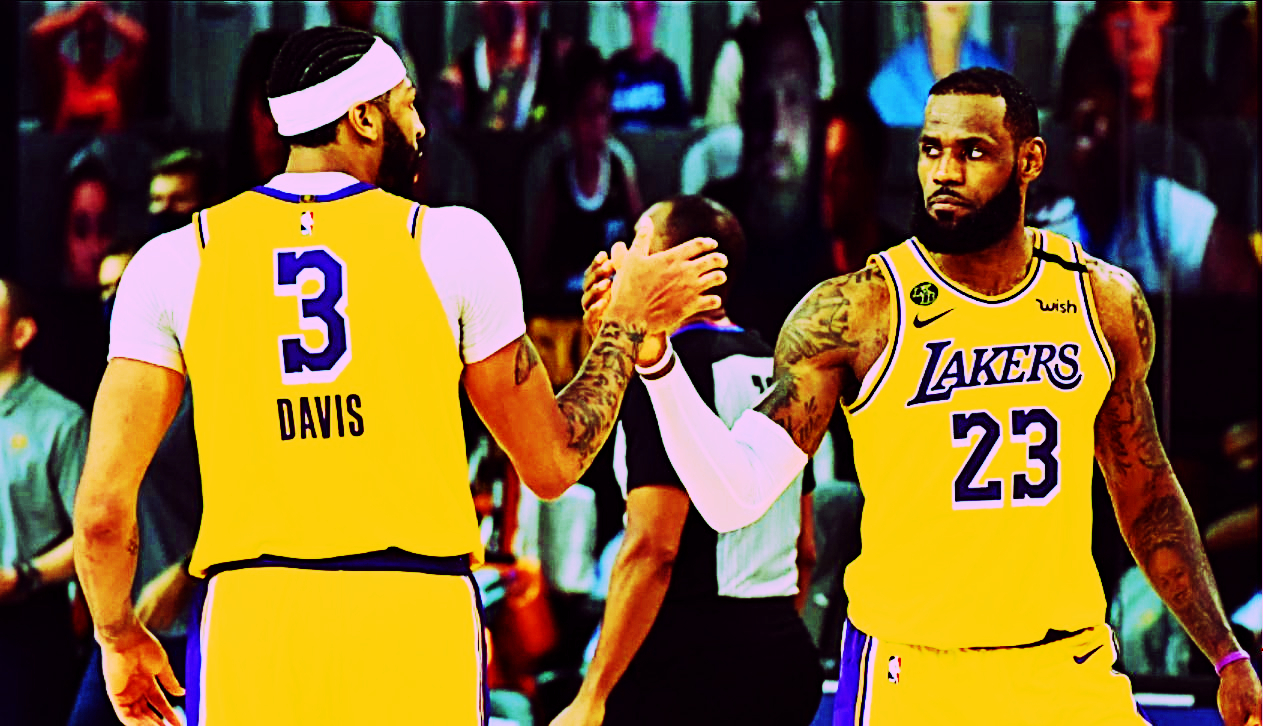 There’s more at stake in these NBA Finals than just surviving the bubble, defeating the Miami Heat, and winning the league championship. LeBron James and Anthony Davis are also chasing the Ghosts of Laker Legends.

They’re on a holy quest to honor Kobe Bryant by winning the Lakers’ 17th championship and have their retired jerseys hanging together in the rafters at Staples alongside legendary duos Magic and Kareem and Kobe and Shaq. Winning this championship is just another step in a grand master plan to catapult LeBron James past Michael Jordan as the GOAT and Anthony Davis past Giannis Antetokounmpo as the next Best Player on the Planet.

LeBron knew he needed more than just championships to become the greatest ever. He needed a bigger platform to provide him with the ultimate opportunity to become a hero, which is why he signed with the Lakers. Winning a first championship for his hometown Cleveland Cavaliers was great but resurrecting the Los Angeles Lakers and leveraging their big market advantages to put a crown on his legacy as the king was the key.

The Miami Heat are just the unfortunate team in the way of LeBron’s grand plan, not unlike the New Orleans Pelicans who suffered the misfortune of having the young superstar James and his team at Klutch Sports coveted. And while coronavirus and the bubble threatened to derail the plan, LeBron and Anthony were able to prevail and dodge the bullets that took down the Milwaukee Bucks and Los Angeles Clippers and make it to the Finals.

Now they find themselves just three wins away from winning the first of what could be multiple NBA championships together, an achievement that will open up opportunities to make the Lakers even better next season. While the offseason talk will be focused on the return of the Golden State Warriors and the ascent of the Brooklyn Nets, the threat contenders should be worrying about is the Los Angeles Lakers building another dynasty.

While the Lakers still need to take care of business and finish off the Miami Heat, LeBron James, Rich Paul, and Rob Pelinka are already strategizing on short and long term moves to transform the Lakers into an NBA dynasty. Short term goals could include luring a top free agent like Jerami Grant to force a sign-and-trade or a young superstar like Victor Oladipo, who’ll be a free agent next offseason, to force a trade to the Lakers ala Anthony Davis.

Long term goals could include LeBron re-signing at a discounted salary to create the cap space for the Lakers to sign a third superstar like Giannis Antetokounmpo to help win now and take over after LeBron finally retires. Another enticing and realistic option down the road could be the Lakers signing Atlanta Hawks’ dynamic young point guard Trae Young, who just signed a contract for Rich Paul of Klutch Sports to become his agent.

There’s no doubt LeBron James, the Los Angeles Lakers, and Klutch Sports are working in concert help James in his crusade to pass Michael Jordan as the GOAT and Davis in his mission to win the Best Player in the World title. This championship will be a key step towards executing the grand master plan that started with LeBron James signing with LA two years ago. Lakers fans should get ready to enjoy a fun dizzying ride over the next few years.

The sky is the limit right now for the resurgent Los Angeles Lakers as superstars LeBron James and Anthony Davis are following a grand master plan for NBA domination and chasing the Ghosts of Lakers Legends.