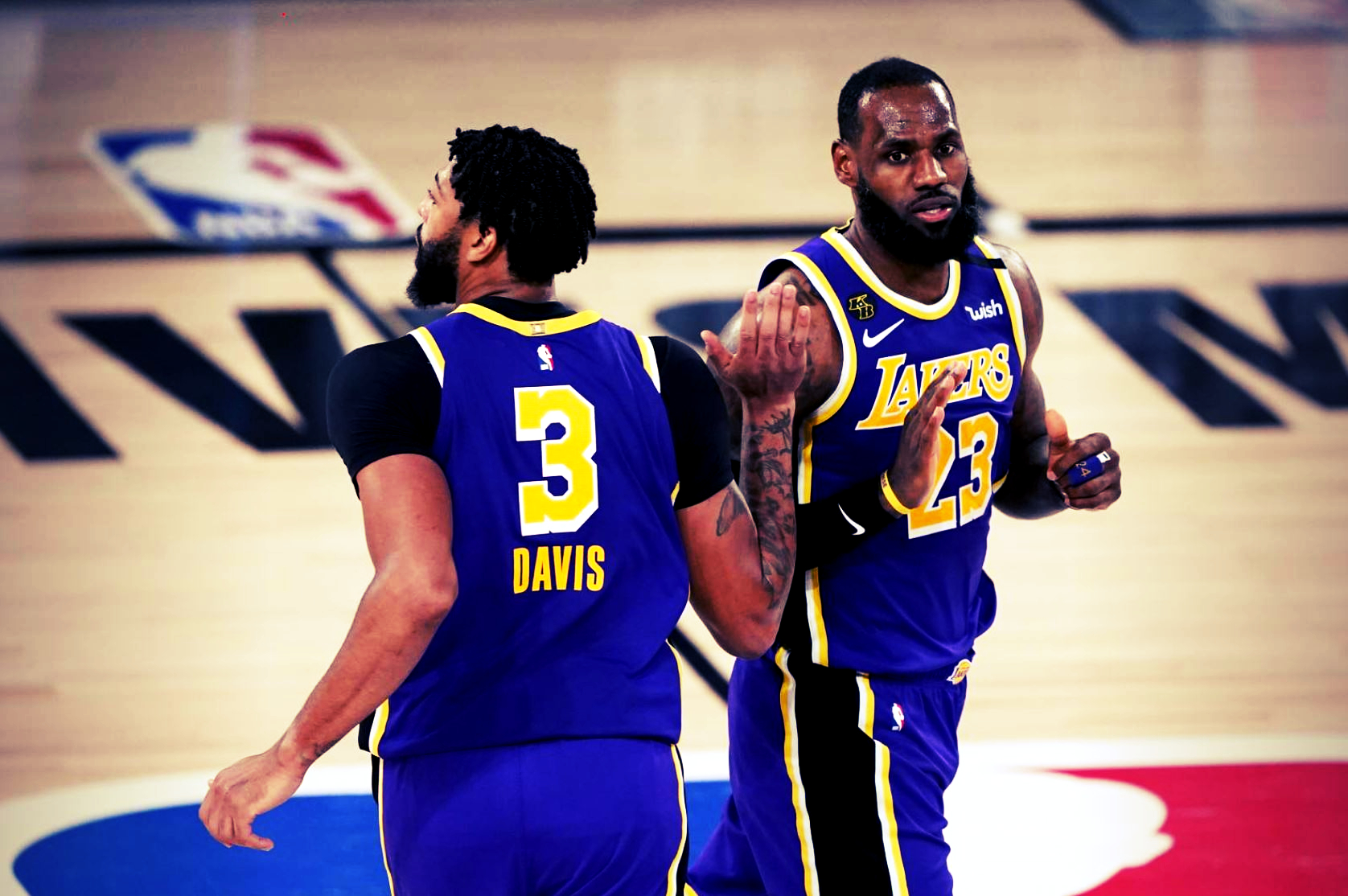 Anthony Davis only played center for 17 minutes in the Los Angeles Lakers’ Game 3 victory over the Portland Trail Blazers last night but for the second game in row the Lakers dominated play and won when AD played the five.

The Lakers outscored the Blazers by 16 points in the 17 minutes Anthony Davis played the five, which is the reason they were able to win the game 116–108 and come back to take a 2–1 lead in the first round of the series. Four of five of the Lakers’ lineups that played over 1 minute and posted the highest net ratings last night featured Anthony Davis playing center, more confirmation AD at the five is unquestionably the Lakers’ best lineup.

Here’s are the Lakers’ 5-player lineups with AD at center from NBA.Com:

Here’s a quarter-by-quarter breakdown of AD’s four stints at center:

Davis first moved to the five with 5:11 remaining in the first quarter and the Blazers leading 20–14 and helped the Lakers cut the Blazers lead to 25–29. AD struggled the entire quarter, only scoring on 3 of 7 free throw attempts. Anthony’s uncharacteristic poor free throw shooting must have been contagious as the Lakers missed a golden opportunity to get off to a good start by only making 8 out of 15 free throw attempts in the first quarter.

Anthony started playing the five with 3:36 left in the second quarter and helped the Lakers reduce a 6-point 43-49 deficit when he entered the game to a 53-54 deficit before sitting down with only 13 seconds left in the half. Unfortunately, the Blazers’ McCollum hit a 3-point jumper at the buzzer to give Portland a 57-53 lead at halftime. Davis ended up with a disappointing first half scoring just 6 points although posting 5 boards and 3 assists.

Anthony Davis’ dominating stretch at the five came in the Lakers 40-point third quarter when Vogel took out JaVale McGee and moved AD to center with 4:35 remaining in the third and the Lakers leading the Blazers 77–76. Over the final 4 minutes and 35 seconds, Davis scored 7 points, grabbed 2 rebounds, and anchored a stifling defense as the Lakers outscored the Blazers by 8 points to take a 93–86 lead at the end of the third quarter.

AD’s final stint at the five came with 3:25 left in the fourth quarter when Frank Vogel pulled Dwight Howard and moved Anthony Davis to the five with the Lakers still holding onto a 7-point 105–98 lead over the Blazers. Davis finished a strong fourth quarter with 12 points, 3 boards, 1 assist, and 1 block as the Lakers repelled the Blazers’ desperate efforts to close the lead and clinched their second straight win to take a 2-1 lead in the series.

As the Lakers rediscover their mojo, it’s becoming obvious they should be playing Anthony Davis more at the five as it’s their best lineup. They may not want to start AD at the five but he clearly needs more minutes there. The Lakers have played Davis at center for only 48 minutes total in the 3 games against the Blazers or just 16 of the 36 minutes per game he’s played. The Lakers need to increase that number each round of the playoffs.

In fact, the Lakers would be smart to begin ramping up AD’s minutes at the five for the remainder of this series because they’ll need a heavy dose of it when they meet the small ball crazy Houston Rockets in the second round. The Lakers are going to need Anthony Davis to play center for 25 to 30 minutes per game to matchup against the Rockets so it makes sense for him to begin upping his minutes at the five for the rest of the Portland series.

The further the Lakers progress in the playoffs, the tougher the challenge becomes and the more they’re going to need AD to play the five if they want to have a legitimate chance at winning their 17th NBA championship.