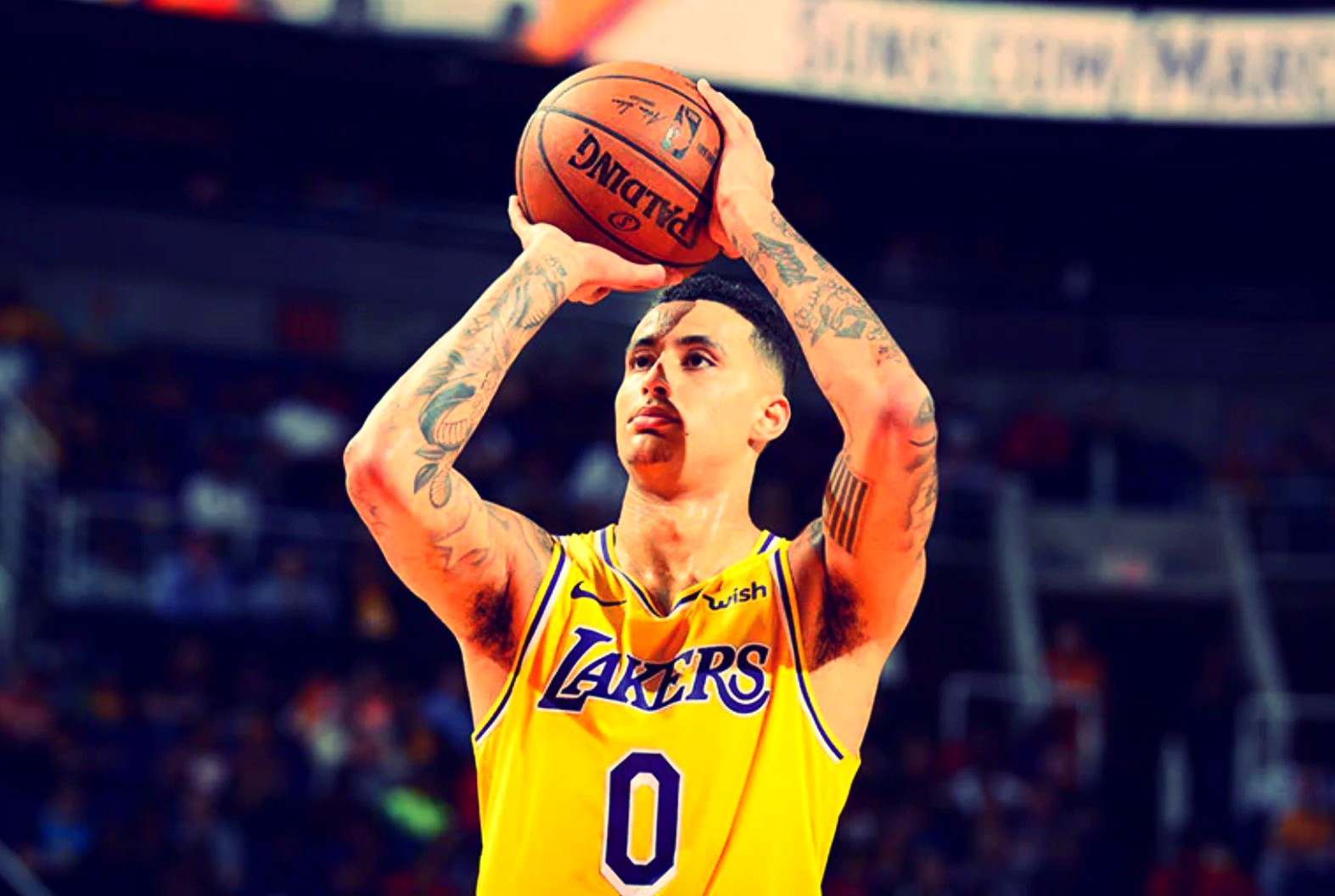 It was just a scrimmage but Kuzma’s 25-point performance with 5 of 7 from deep versus the Magic not only backed up Frank Vogel’s statements Kuz had been dominating practices but could also end up saving his Lakers’ career.

It’s one thing to see LeBron James and Anthony Davis playing like they were in midseason form but watching Kyle Kuzma confidently and smoothy drain 10 of 13 shots including his first four three-pointers was a special surprise. Kuzma was the last of the ‘Baby Lakers’ left after the blockbuster trade for Anthony Davis, a talented 25-year old whose disappointing last two seasons dimmed his bright promise and destined him as trade bait this offseason.

While that’s a lot to take away from a scrimmage and two weeks of practice, there are reasons to be optimistic. To start with, Kuzma is finally completely healthy after struggling through the season with multiple ankle injuries. The four months off not only allowed him time to work on his body and shot but also to consider his situation with the Lakers and figure out how he could succeed playing with superstars LeBron James and Anthony Davis.

In addition to tweaking his shot mechanics, Kyle appears to have changed his shot selection, specifically to take more spot-up and corner threes, which are the type of shots for which he has always shot a high percentage. Before the season hiatus, Kuz was shooting 50% (26 of 52) on corner threes versus just 24.2% (44 of 182) on above-the-break threes. Above the break, he was shooting over 34% on spot-up threes versus just 15% off the bounce.

While Kuzma’s improved shooting from deep has partly been the result of working on his shot mechanics, it’s obvious the adjustment to improve shot selection and take higher percentage shots has been equally as important. That improved shot selection was clearly evident in the Magic game as the four threes he drained in the first quarter were either open catch-and-shoot or corner threes as opposed to above-the break threes off the bounce.

Turning 25, being in what could be his first serious relationship, and facing the reality he might not be able to control where he ends up playing next season could have contributed to Kyle maturing and learning how to relax. He certainly looked like a different player on the court in these scrimmages, more confident and mentally under control, more patient and willing to let the game come to him, playing with precision and less wasted motion.

While the Lakers don’t want to limit Kuzma to being just a spot-up shooter, there’s little question those are the kinds of shot opportunities that are created playing with superstars like LeBron James and Anthony Davis. Lakers’ head coach Frank Vogel reported that “Kuz has been one of our best players since this restart in these practices, he’s had a couple of stretches where he just dominated the floor and it’s been really encouraging to see…”

Success breeds confidence and Kuzma’s mental Achilles heel has always been his three-point shooting. Taking more of the shots he usually makes and fewer of the shots he usually misses seems like a simple adjustment. Truthfully, it’s the adjustment most unsuccessful players find the hardest to make, learning to optimize their strengths. Hopefully, it’s an adjustment that could help fix Kyle Kuzma’s broken shot and save his Lakers’ career.

Whether Kyle can continue his breakout play and become the deep threat the Lakers need on the floor with LeBron James and Anthony Davis will impact the Lakers’ decisions this offseason and Kuzma’s future on the team.