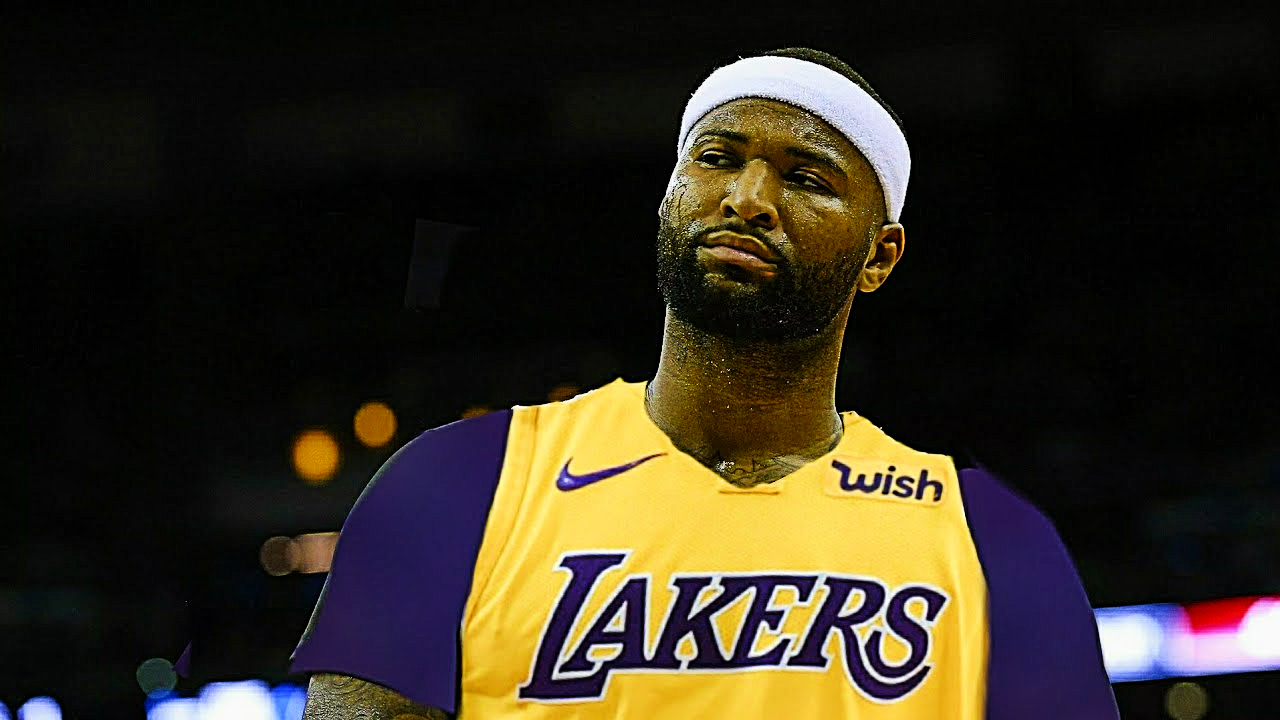 Should the NBA expand team rosters for the rest of the season and playoffs from 15 to 17 players, the Los Angeles Lakers would be wise to use one of the two additional roster slots to sign DeMarcus Cousins as a free agent.

While we don’t know whether Cousins has recovered from his injuries, there’s a chance he could be ready to play since he was on schedule to return mid-June and the playoffs have been postponed until mid-August. The reasons for signing Boogie if the league expands rosters when play resumes goes beyond the help he might provide on the court. It’s about building a sustainable championship dynasty around LeBron and AD.

Returning from the multiple major injuries Cousins suffered may be a long shot but it’s one the Lakers embraced and doubled down on by keeping him on the roster most of the season until waiving him to sign Markieff Morris. While many doubt Boogie can ever recover to be anything close to the superstar he was, the Lakers obviously believe he’s a risk worth taking so using an extra roster spot to sign him as a free agent should be a slam dunk.

Like the decision to keep him on the roster after his injury last summer, the Lakers are pursuing Boogie more for his fit as a stretch five center alongside Anthony Davis next season than any hopes he can contribute this season. Even though it may be a long shot he could come back and help the Lakers win a championship, here are four solid reasons why the Lakers should sign DeMarcus Cousins as a free agent if the league expands the roster spots:

1. Signing Boogie could help the Lakers win the championship.

Talk about bad luck, DeMarcus Cousins has had more than his share. After earning an All-Star selection his first season with the New Orleans Pelicans, Boogie was on the precipice of huge payday when everything went bad.

The chances of Boogie coming back and playing this season may be just a pipe dream but, if healthy, his ability to stretch defenses as a stretch five with his three-point shooting could help the Lakers win the championship. The two extra months he has because of the coronavirus suspension could be the catalyst to Cousins being able to help the Lakers against teams like the Bucks and Clippers who like to pack it in against LeBron and AD.

Bottom line, the Lakers could bring Boogie along slowly with a goal for him to be their wild card when they face the Clippers in the West Conference Finals in mid-September or the Bucks in the NBA Finals in early October.

2. Signing Boogie could be insurance if McGee or Howard goes down.

With the NBA regular season and playoffs scheduled to resume in the middle of a coronavirus pandemic likely still to be raging, the Lakers and other teams need to face the reality players may get injured or test positive.

Should one of the Lakers’ two centers JaVale McGee or Dwight Howard get injured or test positive for Covid-19, the Lakers’ chances of winning an NBA championship could be in serious jeopardy without a capable replacement. Signing DeMarcus Cousins as insurance would be smart. He spent most of the season with the Lakers, knows the players and coaches, and would be the perfect backup to step in and replace McGee or Howard if needed.

The main purpose of the league expanding team rosters is for teams to add insurance players in case multiple players on their roster get injured or test positive for Covid-19. That’s exactly why the Lakers should sign Cousins.

Team chemistry is going to be a huge factor when the games resume, especially with all teams in the bubble, no crowds, and no home court advantage. Teams with weak chemistry are going to quickly wilt.

Even if he rarely plays, DeMarcus Cousins on the bench could really help the Lakers team chemistry. He has close relationships with key players on the team, including LeBron James, Anthony Davis, and Rajon Rondo. There’s also a chance cheering from the bench may be the best substitute for the missing crowds of fans as teams play in empty arenas and the Lakers’ bench may be the league’s most vocal and demonstrative bunch.

In a normal season, the playoffs are an arduous grind. In the middle of a pandemic where everybody gets tested daily, the pressures are going to be intense and adding Boogie to the Lakers’ bench could be a smart move.

4. Signing Boogie could guarantee the Lakers sign him next season.

When push comes to shove, guaranteeing DeMarcus Cousins would sign with the Lakers for the 2020–21 season would be reason enough alone to sign him as a free agent for the rest of this season even if he doesn’t play.

There’s a reason why the Lakers kept Boogie on the roster for most of this season despite knowing his injury history and the likelihood that he would not be able to play until next season. He is the perfect fit to play with AD. Anybody who thinks the Lakers don’t understand the medical challenges Cousins faces to return to 80% of the superstar he used to be is blind. The Lakers know the odds may be long but the reward would be incredible.