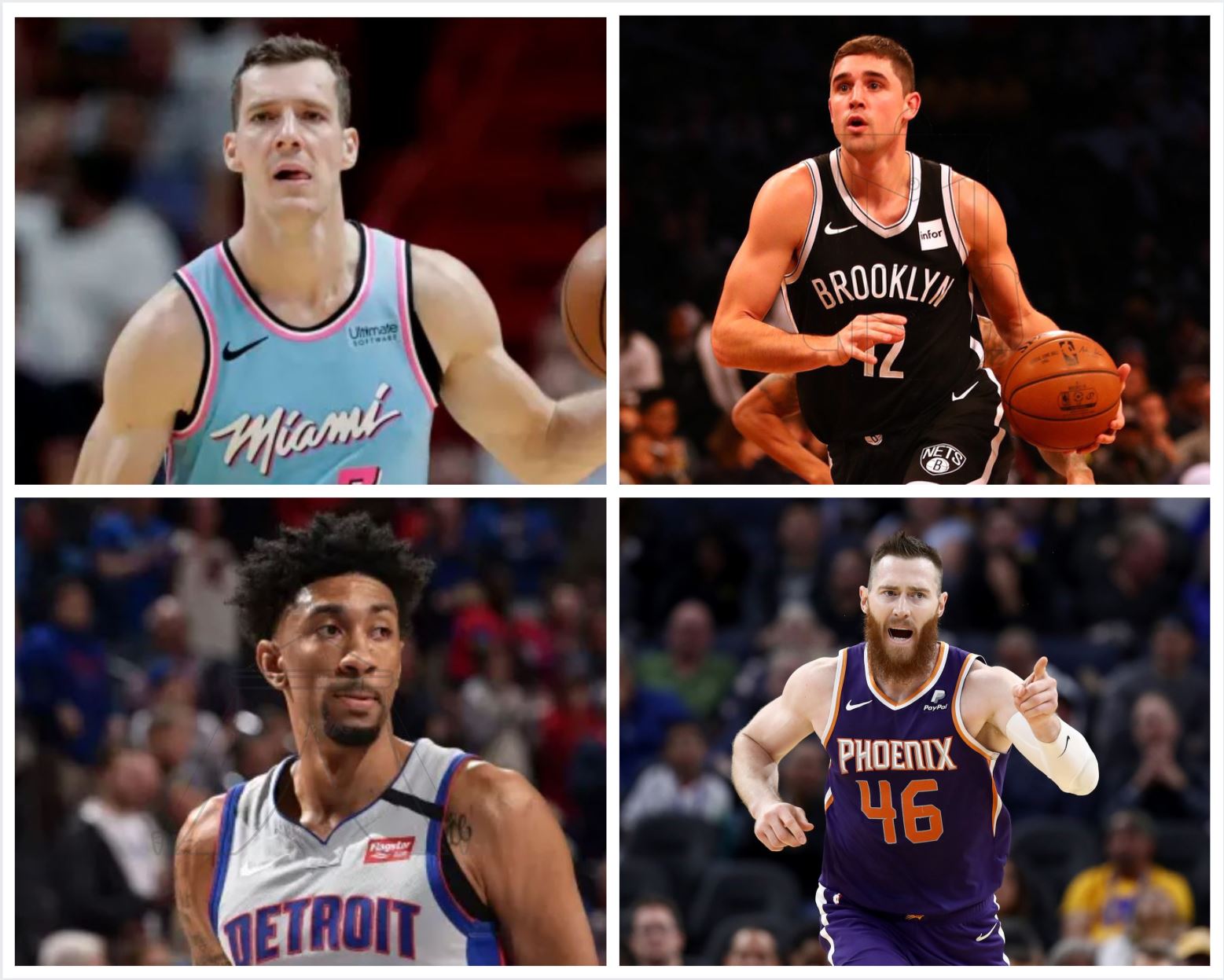 With only a few bottom dwelling teams having cap space, a dearth of elite free agents, and a chance the salary cap and luxury tax limits will go down, the Lakers’ non-taxpayer MLE could suddenly become a powerful weapon.

Whether the league decides to use cap smoothing to limit the damage, there’s a good chance this offseason will be a sobering reminder to the NBA that business as usual is going on a two-year hiatus as the losses mount. Financial uncertainty combined with diminishing cap space is going to cause players to decline options to become free agents and many teams to look for ways to dump unproductive players with expensive contracts.

Elite free agent prospects like Fred VanVleet, Danilo Gallinari, Montrezl Harrell, or Davis Bertans are going to be forced to sign with losing teams like the Knicks, Hawks, Pistons, and Suns or seek sign-and-trade deals. Teams over the cap but under the tax threshold like the Lakers who can offer free agents their $9.7 million MLE may suddenly find themselves perfectly positioned to land players they did not expect to be able to sign.

With that in mind, let’s take a look a four talented players whom the Lakers might be able to convince to sign for their $9.7 million non-taxpayer MLE who would be great adds to their 2021 roster to help them win a championship:

Goran Dragic is a 6′ 3,” 190 lb, 34-year old fourteenth year unrestricted free agent point guard who averaged 16.1 points, 3.1 rebounds, 5.1 assists in 28.4 minutes per game as Kendrick Nunn’s backup for the Miami Heat. Coming off the bench for the first time since early in his career, Goran shot 43.7/37.7/76.9% this season, taking and making the most three pointers in his career and showing he was still capable of playing at a high level.

While Dragic made $19 million in the last year of his contract, the Heat are one of the few teams with significant cap space and will be looking to sign a second superstar to play alongside Jimmy Butler this or next offseason. That means they’re unlikely to offer Dragic anything but a 1-year deal, which could open the door for the Lakers to sign Goran with their $9.7 million MLE for an opportunity to win a ring playing with LeBron and AD.

Goran would be a perfect fit on the Lakers as the third scorer and second playmaker they desperately need. He could both start at the point and run the offense with Anthony Davis when Lebron James was on the bench.

Joe Harris is a 6′ 6,” 220 lb 31-year old sixth year unrestricted free agent shooting guard who averaged 13.9 points, 4.3 rebounds, 2.1 assists in 30.9 minutes per game for the season as a key starter for the Brooklyn Nets. Acknowledged as one of the league’s elite three-point shooters, Joe shot 47.1/41.2/74.7% for the season and would seem to be the perfect player to create space for the Nets’ superstar duo of Kevin Durant and Kyrie Irving.

In a normal market, Harris would be in for a big raise from the $7.7 million he made last year but this offseason is anything but normal with few teams having money to spend in a market where the salary cap is likely to drop. With Brooklyn already slated to pay luxury taxes and the coronavirus pandemic probably increasing the bill, the Nets may decide they can’t afford to pay Harris, which could open the door for the Los Angeles Lakers.

While signing Harris for their $9.7 million MLE and a chance to win a ring might be a long shot, the Lakers would be smart to contact Joe’s agent as he would be the perfect sharp shooter to create space for LeBron and AD.

Christian Wood is a 6′ 10,” 214 lb, 24-year old fourth year unrestricted free agent power forward who averaged 13.1 points, 6.3 rebounds, 1.0 assists in 21.4 minutes per game in a breakout season 2020 with the Detroit Pistons. Wood can play both power forward and center and shot an impressive 56.7/38.6/74.4% this season, showing great athleticism attacking the rim as well as the ability to stretch the floor with elite three-point shooting.

Christian is currently earning the veteran’s minimum with the Pistons but is due for a big raise. The Celtics and Rockets tried to deal for him at the trade deadline and salary cap experts expect him to earn from $5 to $8 million. While other teams might tempt him with a chance to start, the Lakers could offer Wood their $9.7 million MLE and the opportunity to play with LeBron James and Anthony Davis on a powerhouse championship caliber team.

Christian would not only give the Lakers a stretch four who could help them win now but a talented, long, and athletic forward who could fulfill the void for a budding young star they had once hoped Kyle Kuzma could provide.

Aron Baynes is a 6′ 10,” 260 lb, 33-year old eighth year unrestricted free agent center who averaged 11.5 points, 5.6 rebounds, 1.6 assists in 22.3 minutes per game sharing center with Deandre Ayton for the Phoenix Suns. The veteran Baynes is a solid defender and rugged screen setter who shot 48.0/35.1/74.7% this season. Depending what happens with DeMarcus Cousin, Baynes could be a perfect backup stretch five for the Lakers.

Aron is currently earning $5.4 with the Suns, who are unlikely to resign him since Deandre Ayton is their future at center. Baynes could be tempted to sign a short term deal with the Lakers for a similar amount to win a ring. Baynes elite screen setting and pick-and-pop abilities would add a well needed dimension to the Lakers’ offense by spreading defenses and opening up driving lanes for LeBron James and Anthony Davis to attack the rim.

Baynes would give the Lakers the perfect weapon against teams like the Bucks and Clippers who love to play drop coverage on pick-and-rolls to clog up the middle and make it hard for James and Davis to get into the paint.