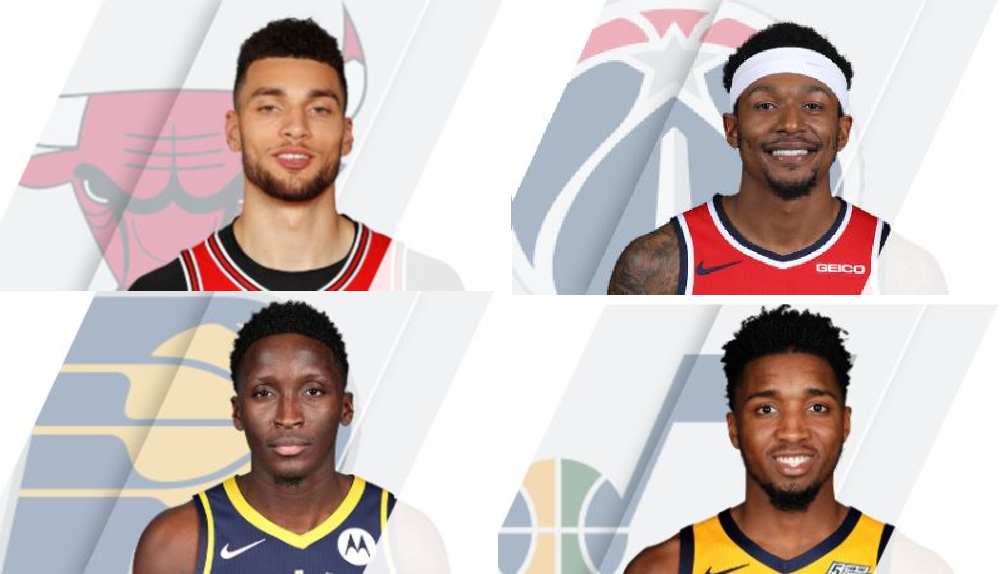 While most NBA franchises would be happy to win a single championship, the Los Angeles Lakers have always looked for ways to build dynasties that could win multiple championships. That’s how you win 16 championships.

The Los Angeles Lakers have more unfinished business besides finishing the 2019–20 season and winning their 17th NBA championship. Their goal this offseason is going to be to make a blockbuster trade for a third superstar. While speculation has the Lakers waiting until next offseason to pursue forward Giannis Antetokounmpo as their third superstar, the smarter move might be for them to go hard after a young superstar guard this offseason.

When you look at the great superstar duos or trios in NBA history, they all included at least one superstar guard. Magic and Kareem, West and Baylor, Michael and Scotty, Kobe and Shaq, LeBron and Wade, LeBron and Kyrie. Trading for a young superstar guard this summer could actually enhance the Lakers’ chances of landing Giannis Antetokounmpo if he opts to leave Milwaukee next summer by giving them a valuable sign-and-trade chip.

Here are four trades for talented young guards with superstar potential who would be great fits with LeBron and AD and give the Lakers a second star to play alongside the 26-year old Davis when the 35-year old James retires:

The Lakers would have to include their 2020 and 2025 first round picks along with budding star Kyle Kuzma, proven veteran Danny Green, and bench GOAT Alex Caruso to tempt the Bulls to trade the talented LaVine.

But Zach would give the Lakers the third superstar they desperately need to make them the unquestioned best team in the league now and give them the second superstar to go with Davis once the 35-year old James retires.

The Wizards might be tempted by an offer for Beal of potential young star Kyle Kuzma, proven vet Danny Green, bench GOAT Alex Caruso, defensive ace Avery Bradley, and the Lakers’ 2020 and 2025 first round draft picks.

Adding a third superstar like Bradley Beal to the Lakers’ LeBron James and Anthony Davis would elevate the Lakers over other NBA teams and give them a young superstar to complement Davis and eventually replace James.

Because of his injury and looming big raise, the Pacers might be interested in an offer of the Lakers’ 2020 first round pick, young star Kyle Kuzma, bench GOAT Alex Caruso, and proven vet Danny Green for young Victor.

A healthy Oladipo would solve the Lakers need for a third superstar to make them the dominant team in the league and give them a superstar guard to anchor the team with Anthony Davis when LeBron James finally retires.

Because Mitchell makes so little, the Lakers would need to offer their 2020 and 2025 first round picks plus Kyle Kuzma, Danny Green, Alex Caruso, and Talen Horton-Tucker for Mitchell and Ingles to interest the Jazz in a trade.

The youngest of the four trade targets, Mitchell would be give the Lakers a superstar shooting guard to go with LeBron and AD and make them the best team in the league and give AD a great running mate after LeBron retires.

Nobody knows if the Bull, Wizards, Pacers, or Jazz are going to be willing to trade a young superstar like Zach LaVine, Bradley Beal, Victor Oladipo, or Donovan Mitchell or whether the Lakers’ offer would be the best available. How the various Lakers’ players included in the above trades perform should the NBA resume the season and playoffs will certainly be a major factor in determining their value in any potential trades this offseason.

Even if they win their 17th championship this season, the Los Angeles Lakers are not going to stand pat. They’re going to be looking to take the team to the next level and build a sustainable championship dynasty.