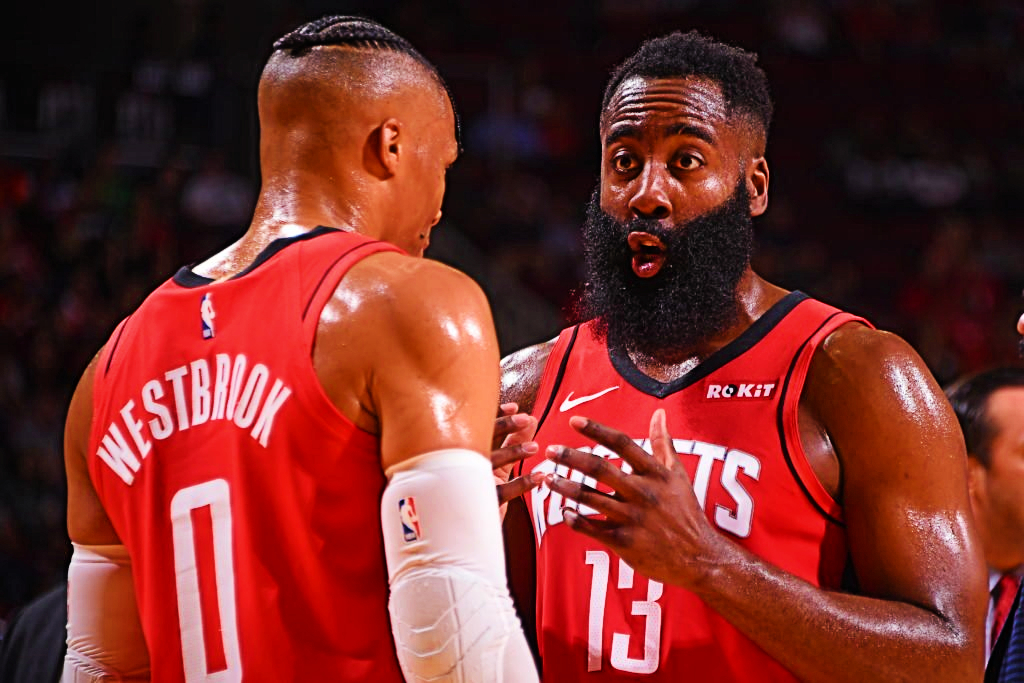 Not only did the Rockets beat the Lakers two of the three times they met during the regular season but their small ball approach could be a challenge for a Los Angeles team that starts a traditional back-to-the-basket center. The outcome of the series could depend whether Lakers’ head coach Frank Vogel to is willing to adjust his starters and rotations to the Rockets’ style of play or whether he wants to stay the course and stick with his usual lineups.

While Vogel has been reluctant all year to change his starting lineups, he’s acknowledged Houston’s small ball style could necessitate some changes. Here are four adjustments the Lakers need to make to beat the Rockets:

The Lakers need to go small to match up with the Rockets, who are going to start five players under 6′ 7″ and run a five-out offense with all five players behind the 3-point line to spread the defense and eliminate rim protection. That makes McGee and Howard, who averaged 33.6 minutes in the three games against the Rockets, liabilities. The Lakers need to counter Houston’s small ball lineup by starting Davis at the five and Kuzma at the four.

The Lakers need to resist the temptation to try to defeat the Rockets with their usual starting lineup and rotations. Houston can’t be forced play a different style because they’ve set their roster to only be able to play small. McGee or Howard defending 3-point shooters on the perimeter can’t work defensively and makes it hard for the Lakers’ to match threes offensively. The only solution is to play Anthony Davis and Markieff Morris at the five.

Thinking you can counter the Rockets’ 3-point shooting by pounding the ball inside on offense plays right into their hands. 3 points are greater than 2. The Lakers need to adjust their lineups and go small to beat the Rockets.

The Lakers would be wise to deploy the double team tactics that worked against Damian Lillard against James Harden to limit his shots and force him to give up the ball. Containing Harden is a key to beating the Rockets. The Lakers double teamed Harden in the team’s three previous meetings and held him to just 29.0 points per game vs. 34.3 for season and 32.0% from deep vs. 35.5% for season while forcing 6.3 turnovers per game.

The big question is how the Lakers defend the other four Rockets’ players. Rather than having everybody scramble to rotate after doubling Harden, the Lakers should consider playing a 2-1-2 zone to keep AD in the middle. Once you double Harden, you’re already playing 4 against 3 so it makes sense to try and eliminate high percentage layups and corner threes and force more lower percentage mid-range twos and above-the-break threes.

Turning the Harden double team into a zone is the kind of out-of-the-box move a coach like Nick Nurse would embrace. It would make life easier for the players not doubling and could be sprinkled in to surprise the Rockets.

The Rockets’ goal is to transform the game into a 3-point shooting contest and create a mathematical mismatch by hoisting 50 to 60 threes, making 20 to 25 of them, and outscoring their opponents from deep by 20 to 30 points. So far in the playoffs, the Rockets have made 19.2 of 52.8 threes taken per game while the Thunder have only made 11.2 of 37.2 threes taken per game. That’s a differential of 8 more threes and 24 more points per game.

Meanwhile, the Lakers so far have made only 12.0 of the 35.0 threes taken per game in the playoffs, which means there’s no way they’re going to win the series against the Rockets unless they they take a lot more 3-point shots. The Rockets won two of the three regular season games the teams played by averaging 10 more threes for 30 more points per game. The Lakers must cut that differential at least in half to defeat the Rockets and win this series.

That means, if the Rockets are going to take 50 to 60 threes per game, then the Lakers need to take at least 40 to 50 threes per game to keep pace and keep the 3-point differential to no more than 5 made threes and 15 points.

4. Unleash LeBron and AD from Deep.

For the Lakers to beat the Rockets, LeBron and AD need take and make their 3-point shots, which they didn’t do versus the Rockets in the regular season where James was just 3 for 15 on threes and Davis didn’t attempt a three. Without LeBron and AD taking and making their share of threes, there is no way the Lakers can keep pace with the Rockets who are going to launch 50 to 60 threes and drain 20 to 25 of them for a 20 to 30 point differential.

The good news is James and Davis have dramatically improved their 3-point shooting in the playoffs. LeBron is second on the team with 13 makes on 28 takes for 46.4% while Davis is fourth with 7 makes on 18 takes for 38.9%. The Lakers are going to need LeBron and AD to be even more aggressive and efficient from deep if they want to beat the Rockets. They can’t afford to be outscored by 20 points from deep if they want to win the series.

The Lakers need to run plays to get LeBron and AD more wide open threes. They should take advantage of pick-and-pops for Davis at the top of the key and have LeBron take the open threes when defenders go under screens.

In many ways, this series will be a repeat of the Lakers’ first round matchup with the Portland Trail Blazers. The media will portray the Rockets as a deadly landmine waiting to blow up the Lakers and predict a 7-game series. But the Rockets have no answer for LeBron James and Anthony Davis whereas the Lakers’ defense has the tools to slow down James Harden and Russell Westbrook. The Lakers just need to make and take enough threes.

The Rockets will be a tougher challenge because of their style of play but the Lakers will win the series in 5 games. Houston doesn’t have the offense to beat the Lakers’ defense or the defense to stop the Lakers’ offense.