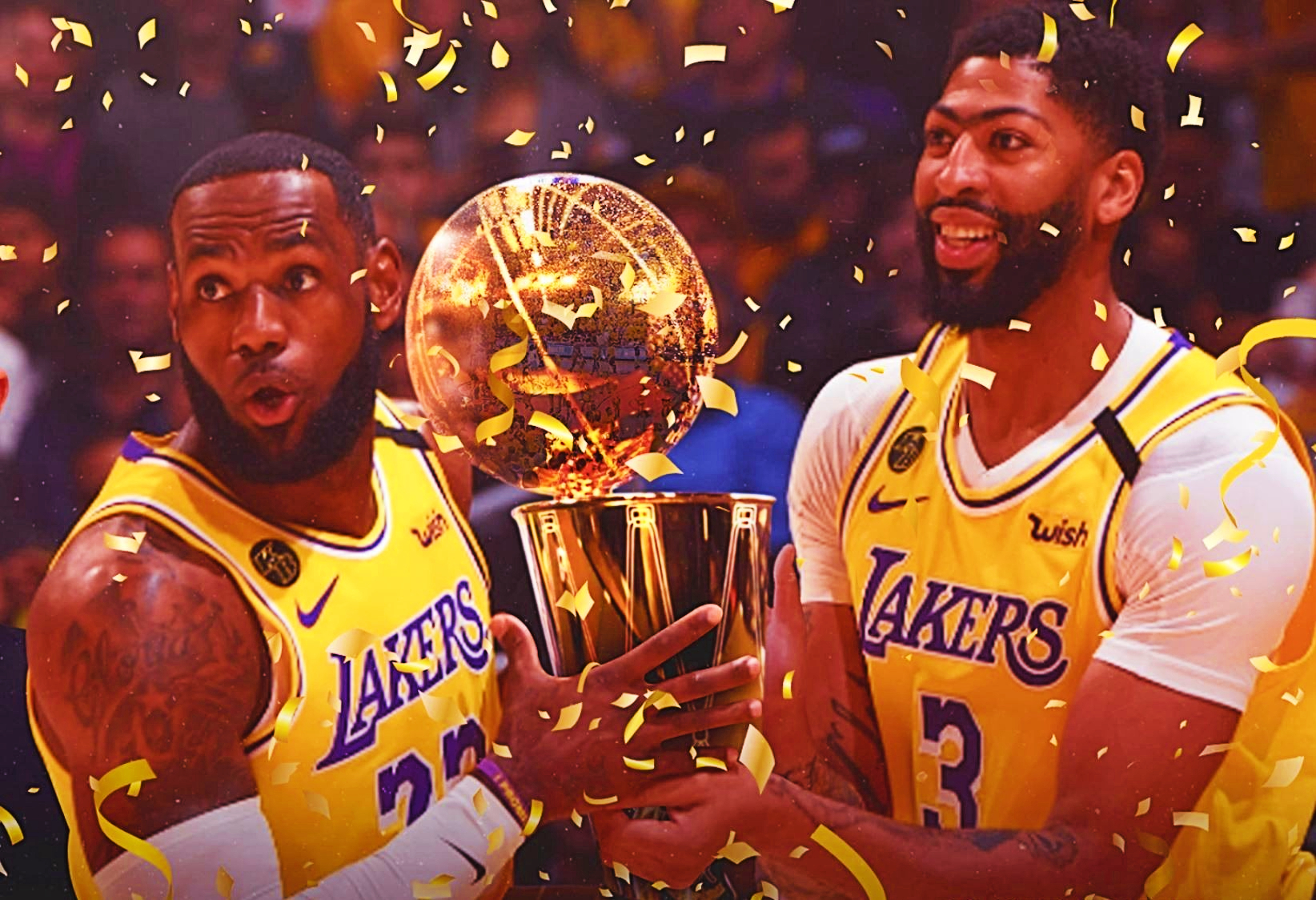 With Markieff Morris replacing JaVale McGee, the Lakers may have found the perfect version of small ball to unleash superstars LeBron James and Anthony Davis and a new starting lineup to lead them to a championship.

While starting Morris was tactically done to better matchup with the small ball Houston Rockets, how the Lakers played on offense and defense with Markieff in the lineup could convince Vogel to make the move permanent. The speed and quickness Morris brought turbo-charged the Lakers’ defense and the his ability to spread the floor with 3-point shooting clearly opened up the paint and empowered LeBron and AD to attack the rim on offense.

Starting Morris instead of McGee makes the Lakers more versatile at both ends of the court with only a small sacrifice in terms of size since Markieff is still 6′ 8′ and 245 pounds and able to play and defend the center position. When you consider Anthony Davis is 6′ 10,” LeBron James 6′ 9,” Danny Green 6′ 6,” and Kentavious Caldwell-Pope 6′ 5,” the Lakers’ lineup with Markieff Morris at the five is clearly not your prototype small ball lineup.

Frankly, ‘small ball’ is a total misnomer for the Lakers’ lineup with Morris instead of McGee because it’s not a ‘small’ lineup. It’s a ‘skilled’ lineup where all 5 players can handle, pass, and shoot the ball and play defense. It’s a versatile lineup that can easily match up with any style of play or opponent. It can play big or small, fast or slow, inside or outside, offense or defense, which makes it the ideal Lakers’ lineup to start or finish games.

While many believe Vogel inserted Morris into the starting lineup for his offense, the more likely reason Frank made the change was defense, which is why he may elect to continue starting him going forward in the playoffs. Defense has always been Vogel’s calling card and the heart of his decisions and the speed and quickness of the Lakers’ defensive rotations in the second half of Game 3 and first half of Game 4 were championship caliber.

That defensive velocity and intensity is something the Lakers can’t duplicate with JaVale McGee or Dwight Howard in the lineup. It could be the Lakers’ version of the ‘death lineup’ that fueled the Warriors’ three championships. That raises the possibility of Vogel opting to continue starting McGee and deploying the higher energy Morris lineup as at strategic points in games where the Lakers need stops like Kerr did with the Warriors death lineup.

Designed to accelerate the Lakers’ ability to rotate and run shooters off the 3-point line and cruise the passing lanes, the Lakers’ version of small ball was also elite at blocking shots with James and Davis protecting the rim. Whether Vogel decides to start Markieff Morris or emulate the Warriors and deploy the Lakers’ new version of small ball as a wild card coming off the bench to lock down games, he’s found a game-changing defensive weapon.

As important as the Morris lineup will be to the Lakers’ defense, don’t discount how his presence in the lineup impacts the Lakers’ offense and unleashes superstars LeBron James and Anthony Davis to attack the rim. Vogel may start Markieff because of his ability to stretch the floor. He’s clearly a better 3-point shooter than Green, which is what makes the Lakers’ small ball version better offensively than the Warriors’ ‘death lineup.’

When you take into consideration the ability of the Lakers’ version of small ball to run 5-out sets to create more space and unclog the paint for LeBron and AD to attack the rim, it makes better sense for Vogel to start this lineup. The Lakers have struggled starting games and halves this season, often due to opponents packing the paint and forcing them to settle for jumpers instead of attacking the rim. Starting out going small could change that.

While defense certainly wins championships, you also need great offensive performances by your superstars, which is why unleashing the power of LeBron James and Anthony Davis is so important for the Lakers to triumph. The defensive strategy to beat the Lakers by the Clippers or whomever will clearly be to pack the paint to stop LeBron and AD from attacking. Playing 5-out with Markieff Morris and spreading the floor is the counter to that.

Great teams become great because of facing great challenges, which is why I’ve always been in favor of the Lakers having the Blazers, Rockets, and Clippers as their likely opponents on the road to their 17th championship. Facing two teams with loaded back courts and divergent styles like the Blazers and and Rockets has helped make the Lakers a better basketball team and may have given them the blueprint for winning a championship.