WELCOME TO LAKERHOLICS
A Virtual Community for Lakers Fans

“Welcome to the new Lakerholics website.  We wanted to create a place that would become the favorite online home for informed and passionate Lakers fans.

We promise to open your eyes, ears, and mind to brand-new purple and gold world.”

Thanks to ‘Lakers Fast Break’ Podcasts

Join Gerald Glassford and LakerTom as they discuss everything purple and gold.

Thanks to ‘Lakers Film Junkies’ Videos

Cast your vote on the Lakers’ questions, forecasts, and comparisons of the day.

Library of Links to Everything Lakers

One-click access to the Lakers’ team and player stats, schedule, and standings.

Dedicated to Kobe and Gigi Bryant

Learn about our history and mission and why the site is dedicated to Kobe and Gigi.

LakerTom on Four Reasons Why Los Angeles Lakers Should Start Anthony Davis at Center!
He's already playing more than 'spot' minutes at the five. It's going to depend on… 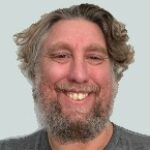 Jamie Sweet on Four Reasons Why Los Angeles Lakers Should Start Anthony Davis at Center!
It's not gonna happen, no matter the intelligence of the reasons. Barring multiple injuries to…

LakerTom on Four Reasons Why Los Angeles Lakers Should Start Anthony Davis at Center!
The Lakers only have five games left to get their mojo humming in championship caliber.…

LakerTom on Should the Los Angeles Lakers Think about Changing their Starting Lineup?
My first reaction last night was that the Lakers just weren't ready to play, as…

LakerTom on Dion Waiters & Kyle Kuzma Were the Unsung Heroes in Win Over Clippers!
Can Dion and Kyle repeat their great season restart opening night heroics again? That's the…

LakerTom on The Sudden Evolution of Kyle Kuzma & What It Could Mean for the Lakers!
The stats from the game confirmed Kuzma's great defense against Kawhi last night. Kawhi had…

Buba on What Should Lakers Fans Be Looking For in Tonight’s Laker/Clippers Game?
Hi DJ! Always good to have you around. How are the mighty Yankees doing? 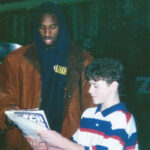 DJ2KB24 on What Should Lakers Fans Be Looking For in Tonight’s Laker/Clippers Game?
Hey Buba!

LakerTom on The Sudden Evolution of Kyle Kuzma & What It Could Mean for the Lakers!
One of the unexpected silver linings from the four month coronavirus hiatus is obviously Kyle…

LakerTom on What Should Lakers Fans Be Looking For in Tonight’s Laker/Clippers Game?
We lost the Superstar battle 58-50 but won the Role Players battle 53-43. Vogel outcoached…