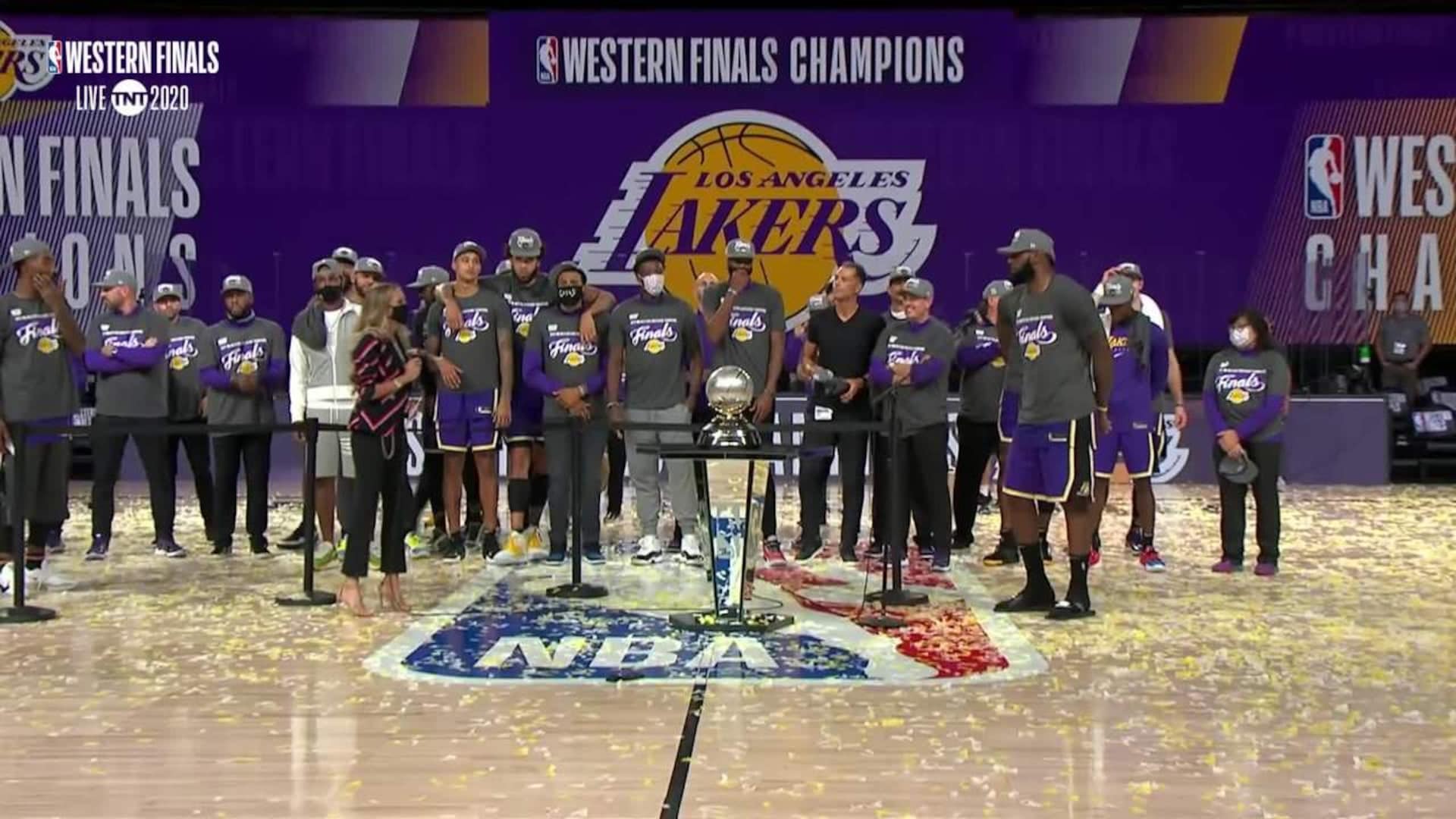 We’re back where we belong. Since our last NBA Finals ended With Kobe standing atop the scorer table joining the city of Los Angeles in celebration while the team celebrated around him on the court so many things have come and gone in Laker Nation. Luke Walton went from a key contributor on that tree am to the Laker head coach to Sacramento, Pau Gasol has played for 3 different teams, Phil Jackson took a shot at running the Knickerbockers, Lamar Odom almost died partying in Nevada, Kobe and Gigi tragically passed away this year. Through it all Laker Nation never wavered in its support for the team, critique and criticism is not a loss of fandom or submersion of support. All of this just goes to show that it’s a long way to the top of you want to rock and roll.

At any rate, it’s on. I can’t deny my excitement and joy both at how we’re playing right now, especially on D, or how close we are to another banner going up in STAPLES. James and Anthony look like a nigh-unstoppable duo right now and we need to ride this wave to four more wins against whomever the East throws at us. Enjoy this, though, Lakerholics. Winning the west isn’t often celebrated by the purple and gold and their fans, it used to be seen as fait accompli. But it’s been so long and we’ve seen a road so dark for so long that this one feels different. So it’s cool to double-point and snap at that person wearing a Laker jersey walking by, smile under your mask, let this shine a little light on our lives during a tough time on Earth.