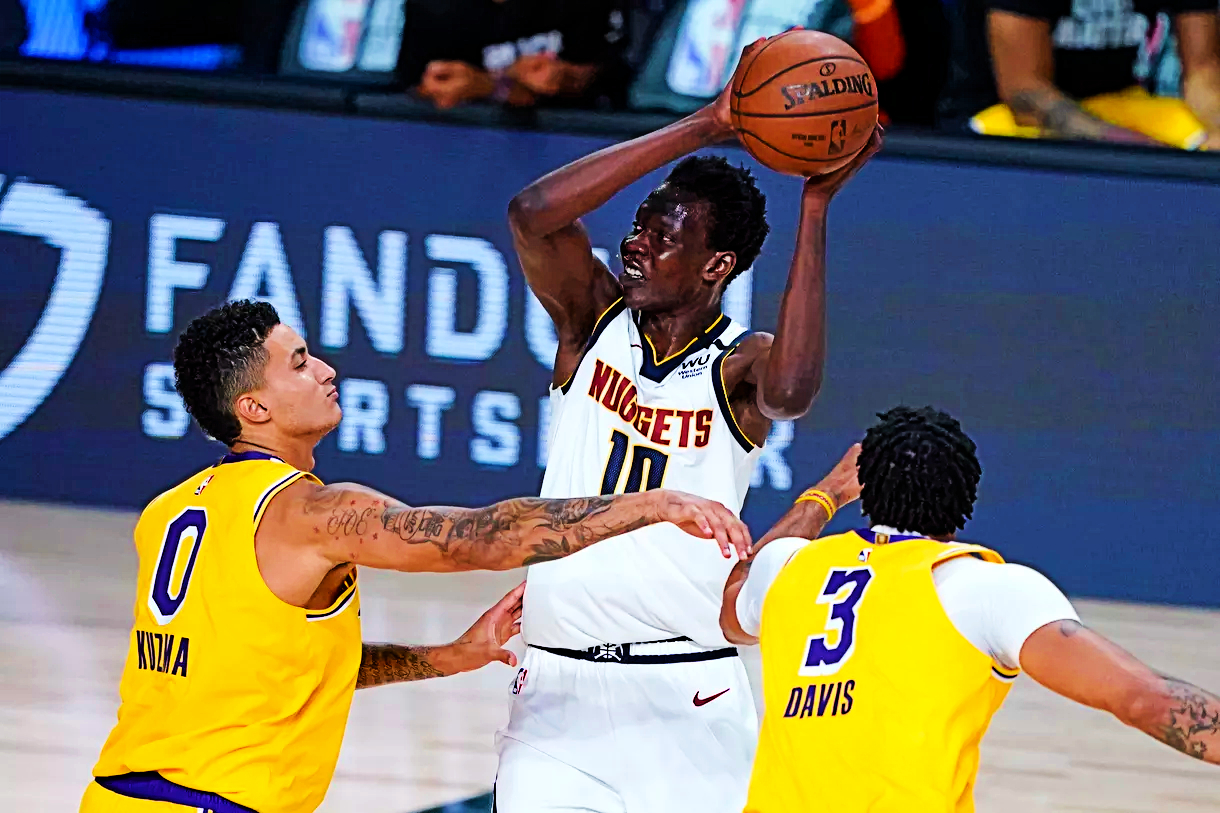 Nothing can change the dynamic and direction of an NBA playoff series like a savvy head coach surprising the opposing team by making an unexpected defensive move that disrupts their team and superstar player’s offense.

While doubling superstars won’t qualify as a surprise since the Lakers have already used the tactic against the Blazers’ Damian Lillard and the Rockets’ James Harden, it will still be a bread-and-butter playoff defensive move. Designed to force opposing superstars to give up the ball and to disrupt their rhythm, teams will usually mix up double teaming with straight man-to-man defense to prevent offenses from anticipating what’s coming.

Occasionally switching from man-to-man to a matchup zone defense to break the rhythm of the opposing team’s offenses has always been a savvy playoff strategy as most teams need a few possessions to adjust to a zone. Mixing matchup zones, man-to-man defenses, and trapping double teams could be the perfect defensive formula to confuse offenses,especially against playoff teams heavily reliant upon scoring from a superstar.

Rather than play more traditional 1–2–2 or 3–2 zones, the Lakers should consider playing a 2–3 defense designed to force teams to shoot mid-range twos and above-the-break threes rather than easy-to-make corner threes.

The Lakers could also take a page out of Raptor Nick Nurse’s playbook and run a box-and-one defense against the opposing team’s superstar like Toronto did against the Warriors’ Steph Curry in last season’s NBA Finals. Traditionally, a box-and-one usually is comprised of one defender covering the opposing team’s superstar 1-on-1 backed by a four player zone defense with a second player doubling the superstar when he gets into his zone.

The big advantage of the box-and-one is that teams never practice against it because nobody ever plays it. While it’s a gimmick defense, it’s another look the Laker could throw to confuse opposing defenses and superstars,

The NBA is a matchup league and the Lakers will need a primary defender for each of the superstars whom they will face in their championship quest. What they lacked during the regular season was a big elite wing defender. The dramatic defensive improvement of Kyle Kuzma in the bubble has raised hope they now have a quality defender who can hold his own with bigger wing scorers like Kawhi Leonard, Dame Lillard, and James Harden.

While Kuma has a long way to go to be an elite defender, he has the size, length, speed, quickness, and athleticism to bother top-tier wing scorers like Lillard and Harden and gives the Lakers another big defensive weapon.

Playoff series are a totally different challenge than one-off regular season games because teams have time to focus on their opponent’s weaknesses during multiple games and to surprise them with unexpected moves. Look for the Lakers to strategically deploy combinations of man-to-man, double teams, zone sets, and box-and-one defenses to confuse and disrupt opposing offenses and try to slow down and control opposing superstars.

Having a collection of defensive adjustments like these four moves could give Frank Vogel and the Lakers an edge that could help them navigate an extremely tough and arduous road to their 17th NBA championship.